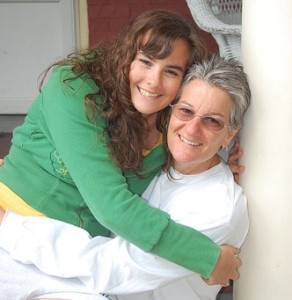 Recently, a cute friend of mine approached me with a very real issue she was dealing with and asked me if she should share her problem with her mother. Of course I encouraged her to do so sooner rather than later, reassuring her that her mother had only her best interest at heart and was the one person who wanted more than anything for her to be happy.

As a mother of teens in a society full of pressure and pain, it has always been so important for me to feel like my kids can come to me with any problem and we can work it out together. After talking to my young friend, I couldn’t help but wonder if my children would ever doubt that they could come to me with their struggles. Have I really done enough to position myself as the first one my teen would come to with a serious problem? Would they be afraid to tell me, fearing my reaction or thinking I would not be attentive to their concerns?

After hours and hours of listening to everything from the strange dreams they had the night before to every detail of what happened in the classroom that day, I sincerely hope I have earned some degree of trust and confidence. But how can I be sure that in the moments that my kids most need my help they will trust my reaction?

Of course, there are no guarantees in life, but there are several ways that a parent can strategically place themselves in a likely position of trust with their kids. Take a minute to check yourself and see how you are doing.

I work part-time out of my home, and I have five children, four of which are girls. There is no shortage of conversation but a definite shortage of sleep. After returning from a The Power of Moms retreat, I decided I had the perfect solution for my family: Each of the girls would take turns having one night when I would come and spend time talking with them before bed. We would catch up and cycle sequentially through each day of the week. This way my husband wouldn’t be waiting for hours for me to come join him in winding up the day, and everyone would get “mom time.”

My perfect solution was quickly overthrown as each night each girl let me know that she could not wait for four days and needed me that night. Obviously there has to be a “happy medium” for all of us, but each of them is in the all-stressful, character-forming, self-esteem-destructing teen years. There are tears, and often. But even as I wade through this time of sleep deprivation and drama, I can hear words of advice coming out of my mouth that come from a source much more wise than myself, and I can feel in the very moment that these are the times that shape my kids. These are the moments that they need their mom to “show up” and listen, even when it’s not convenient for me.

My daughter Taylor has an amazing voice. She does not spend a lot of time doing much about the gift she has, but she sings along to the stereo and is currently in a junior high choir. After seeing my older daughter, Linzie, perform and improve her beautiful voice, I can see just how much Taylor could be using her talent to improve herself and benefit others. She does not have my vision, I don’t think, and so tends to avoid any performance.

There is a solo coming up in her class for which she can audition, and it is a song she really likes. Maybe it is the mother in me speaking, but I pretty much know that if she tries out, she WILL get the part. She is that good. But she likes to toy with me, and last night announced that she will not be auditioning. That, to me, is ridiculous. Why on earth would she not try?

But I watched her as she said it, and I could see she was waiting for my reaction. Okay, Mom. Moment of truth. I checked myself and factually stated that it was hers for the taking and left it at that. And, last night as I got ready for bed, I could hear her singing and practicing with Linzie. Yes!

Do you get it? Most of the time they are hinging on our reaction. Will you burst into anger over an audition? Will you give out a half hour lecture over something inappropriate that a friend did? So what kind of reaction are they going to expect when they consider telling you that they are afraid they have gone “too far” with their boyfriend, or when drugs showed up at a party they were at, or even worse, when they have thoughts about hurting themselves?

Maddie, my second daughter, is beautiful. It is a blessing and a curse. You see, she has always had no shortage of friends–people are attracted to her and her smart way of dressing–but this past year, other girls have started being cruel. I didn’t really give it much thought because she has never struggled with friendships, and overall, she seemed okay. She would occasionally have a bad day, but then she would pick herself up and move on.

After a couple of months of this, however, I could see it in her eyes: Things were not okay. Finally, one day she just absolutely fell apart. The pain had built up, and she had tried for so long to carry it herself; now she was desperate for someone to help take it away. As she cried and I held her, my heart broke to think of all the days she had been hurting alone. I had assumed that since Maddie has always been able to work through things, she was doing fine on her own. I had not followed up. This is a mistake I hope never to repeat.

As a parent, trust is not a given, it is earned. I know there will always be drama, but what often seems trite to me seems insurmountable to them.  I sincerely hope that when the game-changing moments come and there is a plea for help in their heart, I will have been that soft place to fall often enough that it will be my arms that they run to for refuge. I hope it will be me.

QUESTION: What are you doing to position yourself as the person your children can come to with their problems? How do you encourage them to trust your willingness to help them?

CHALLENGE: The next time your child comes to you with a problem, listen, check your reaction, and follow up.

Taunie Hansen Reynolds is an amateur author, amateur mother and a professional at shutting down drama. She is currently raising four teenage girls and one amazingly drama-less boy. Taunie is a trainer, author and board member for Power of Moms. She is a genuine advocate for mothers raising children with anxiety and depression disorders and tries to expand awareness on getting the right help at the right age for these kids. Taunie enjoys traveling and is a dedicated walker/runner. She works as an office manager for an orthodontist.