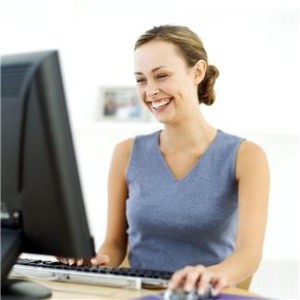 I’d had it. It was only three o’clock in the afternoon, and my “fun-meter was pegged.” The kids were driving me crazy, and I still had at least five hours to endure until that peaceful bliss known as the children’s bedtime. So what was a mother to do?

Well, I did what any any sane, modern mom would do. No, I did not run away screaming. No, I did not drain the nearest open bottle of red wine (although, the thought crossed my mind).

On this particular day, I felt I had “earned” my Facebook time. I had not done anything particularly wonderful, but I had managed to not strangle my teenagers, the house was relatively clean, and the little ones were all wearing clean underwear (I think).

So I sat down to my computer with a full glass of Southern-style sweet tea and began typing.

Things I have actually said today:

“Stop banging your head on the door…you’re going to break it!!”

“No, you can’t eat that…I have no idea how long it has been sitting in the car.”

“Get outside and find out why your little brother is squatting naked near the rhododendron bush.”

“Yes, you have to wear pants at the dinner table…we’re having company.”

“No, I am not going to smell that…just put it in the dirty laundry.”

“Why are you wearing a trash can on your head? (Pause as four-year-old explains.) OK, well make sure you put it back.”

“Who put Daddy’s cell phone in the refrigerator?”

“Just eat the dang cereal…it’s the only clean bowl I have, and no, you are not going to turn into a girl just because there is a princess on it.”

I got more likes and comments on this post than any of my “profound” posts. It’s proof that we all want to know that other families are just as weird as our own. I know I do!

QUESTION: What are some things that you have caught yourself saying that would sound completely ridiculous to someone listening in from outside?

As an Army wife of nearly 19 years and a mother to 6 incredible children (ages 16 down to 2), Sadie considers herself a blessed woman, indeed. She grew up in a military family and now is raising her own family among the challenges of military life. Moving, traveling, deployments, and reunions are a way of life for her family. She loves to work with military families, especially younger wives who are trying to make sense of this crazy lifestyle. Her husband is her best friend, hero, and biggest supporter. (And yes, watching “Army Wives” is a guilty pleasure of hers. No hate mail, please.) You can keep up with her over at Happy Mom Healthy Mom
as well as on Facebook and Twitter. Thanks for stopping by!