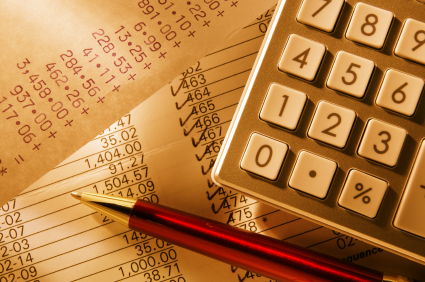 Children are expensive.  Projected lifetime costs for raising a child range from $180,000 to $290,000 to well north of $1,000,000, depending on the neighborhood, possessions, and education one selects.

Raising children exacts other costs.  One study reported that 93% of “highly qualified” women who wanted to return to work after raising children were unable to return to their chosen career.  In other words, there’s a robust off-ramp and an anemic back-on-ramp.  Another study reported that professional women who have a child experience a 10-15% drop in subsequent earnings.  Numerous studies indicate that professional women still bear a disproportionate share of child-rearing and house-keeping duties.  (I use the term “professional mother” in lieu of “working mother” deliberately.  By definition, all mothers work.)

Linda Hirshman ignited a firestorm of controversy when she waded into the emotional maelstrom of the so-called Mommy Wars.  Her controversial book, Get to Work: A Manifesto for Women of the World, verbally lashed highly educated women who opt-out of the work force in order to raise their children.  According to Hirshman, such women fail the collective good of all women by succumbing to the pressures of a sexist culture.  They perpetuate unequal pay and professional glass ceilings.

A recent issue of Wellesley Magazine (my alma mater) highlighted alumnae who chose to stay home.  One woman stated that the hours she put into parenting made her a better mother than one who worked.  The ensuing letters to the editor from professional women were livid.  However, there is a certain logic to the alumna’s statement.  Doing something part-time (including parenting) does not render one a failure, or even merely inadequate.  Nonetheless, there is a certain proficiency that follows effort and experience.  If this is true of students, athletes, musicians, and other professionals, then wouldn’t it also be true of parents?  There are variations in inherent ability, but performance typically improves with practice.

I left the practice of law when it became clear that my autistic son needed an advocate.  The collective chaos of managing three children, a fourth pregnancy, two nannies, a housekeeper, and a demanding career finally overwhelmed me.  My husband and I considered hiring someone to manage our autistic son’s education and therapies, but I simply could not delegate his care.  I needed first-hand knowledge of his disease and how to treat it. Leaving professional life was hard.  I walked away from friends, a schedule, a salary, and social stature.  I plunged into full-time parenting, something at which I was not proficient and which still frequently perplexes me.  (That is the inherent nature of guiding irrational creatures who possess free will.)  However, remaining would have been harder.  I made a free choice, fully apprised of the risk I took.  I was exquisitely aware that I was responsible for my choice, and I never looked back.

Philosopher Ayn Rand believed there was no such thing as sacrifice.  Rather, there are only rational decisions that bring us closer to our ultimate goals.  In other words, the choices we make are irrefutable evidence of what we value.  Even generous acts reflect a set of values.  Living in accordance with those values gratifies us, hence our gain outweighs our loss.

In a world of scarcity and competing demands, Rand’s view has a certain hard-nosed rationality.  We give up something we want for something we want more.  Each time we choose one path, we thereby forego others, at least for the time being.  We each have a single life, made up of finite seconds that tick inexorably away.  How we choose to spend each day both expresses our values and carries us closer to our ultimate goals, even if we have never articulated precisely what those values and goals are.

I was fortunate that my decision to come home had a positive, even miraculous, outcome for my son.  Others make similar decisions without such obvious payback.  I still have professional aspirations, and I am pursuing them wholeheartedly (with my family’s support), but I will not return to the practice of law.  My time at home had an unexpected additional benefit of allowing me to see the forest, where before I was caught in the trees.  It focused my values and helped me understand what I want to do with my remaining days, months, and years.  Billable hours are not part of that mix, even though I benefit from the professional contributions of the capable men and women who make our world go round. Criticizing highly educated women who “opt-out” ignores two realities.  The first is that society reaps tremendous, tangible benefits from able women (and men) who have the time to cultivate their families, neighborhoods, schools, churches, and polities.  If all the capable people are working eighty-hour professional work weeks, then who will tend to our children, communities, and culture?

Second, some values are intangible.  Not everything can be monetized.  It is good, and even necessary, that women be represented in all walks of professional life, because it expands the world of possibility for all women.  However, there are values that defy commodification, such as the well-being of one’s children and even (or primarily) oneself.  There is also the opportunity to perpetuate one’s values through generations to come.  By raising children well, one leaves an indelible mark on posterity.  Surely this is a rational choice, one worth the cost.

Originally published at Dare to Dream (Check out this great resource!)

QUESTION:  What have you given up to focus on your role as a mother (whether you do it full or part time, you give things up!) and what have you gained from this choice?

CHALLENGE: Take a minute to write out the answers to the above questions.

(Interesting fact: Did you know that a mother’s salary would be $138k plus?)

Becca
Said this on 10-24-2009 At 02:26 pm
I really appreciated your wonderful, and well articulated thoughts. I was especially struck by that idea from Ayn Rand that there are no sacrifices. It’s true: the things I “sacrifice” I choose to give up because there other things I value even more. Thanks for the reminder.
Becky
Said this on 10-25-2009 At 08:36 pm
Loved the thoughtful article as always, Elizabeth! A question from my economist husband: how is the $138k salary calculated?
Vicky
Said this on 10-29-2009 At 11:31 am
I love how you have put this into writing. I work full-time & I am also a mother of two beautiful children & a wife to a wonderful man. Trying to manage work & home responsibilities can be very exhausting at times. Yet the benefits that I reap are worthwhile. If I had the choice to be a SAHM now, I would jump on that opportunity immediately. I know that it will be a difficult transition to make because I have worked for so many years & like you said, you leave so many “fun-social” things behind but being my children’s mom is so much more important to me. Thank you for sharing this great insight. And oh my, wouldn’t it be wonderful to actually be paid that $138k plus???!!! Woooohooo!

Elizabeth Harmer Dionne is a long-time resident of Cambridge, Massachusetts where she has attained minor local notoriety as an agitator for reform in the public schools, resident-friendly zoning, and revamping the city's governance structure. One of her sons is autistic, so she is also involved in special education issues. Elizabeth is the director of domestic bliss in the Dionne household (which includes her husband and four children), where her job responsibilities include finance, special events, the culinary arts, violin coaching, chauffeuring, and basic first aid. She is a happily retired attorney whose educational background includes Wellesley College (B.A.), the University of Cambridge (M.Phil.), and Stanford Law School; she just began a Ph.D. program in political science at Boston College. Her vices are shoes and jewelry (which fit regardless of size), books, china, and chocolate.