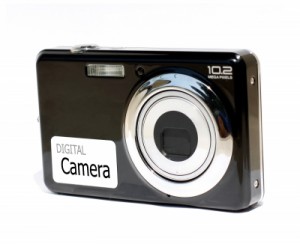 Photo by HappyKappy at www.freedigitalphotos.net

My kids teach me many things, but the lessons that make me cry are the best ones. Last February, the kids and I took a little trip across the country. We got an amazing deal on tickets, and my husband was working horrendous hours–it was a great time to be gone.

I made the mistake of snapping some photos on the plane–because I ended up leaving my camera there.

I didn’t realize it until the next day, and although I called the airline office incessantly, nobody answered the phone. I tried again the next day. Somebody finally answered, and I gave her the description of the camera, the flight number and time, and she said, “After 24 hours, any lost and found items are sent to corporate in Texas.” Ugh!

I called the Texas office and gave a detailed description, saying that the camera wasn’t worth a whole lot. It was just a cheap digital point-and-shoot camera in a little black bag with a few batteries. All I wanted back was the memory card.

I was in agony because before the trip, I had unwisely neglected to download the photos. Aside from a few Halloween photos, I hadn’t downloaded anything for over five months–autumn, Christmas, playing in the snow, my little boy’s birthday–it was all gone. I was really broken up about it. I told the kids, and we started praying that somehow we would get our camera back. We mentioned it in every prayer.

Nothing turned up for the 10 days I was gone, and I called the airline’s corporate office again when we returned to Michigan. They said sometimes it could take up to a few weeks.

Well, the weeks went by, and we kept praying, but still no news of our camera. I was really starting to lose hope. The kids still mentioned it in prayers, especially my little boy Pip. A month passed, and then two. Our camera was gone, and with it all those precious photos. I mourned their loss and the fact that I could never visually review those memories.

Then one day, I found a box on the front porch. I wasn’t expecting a package–what could it be? Suddenly I saw the name of the airline taped on it. I burst into tears and thought, “Really? Could it be?” I tore open the box and behold! Inside was the black bag with our camera inside, and inside that, the memory card that held a record of our lives the past half year. Oh, how I wept for joy!

And then I realized that, although I had lost hope of ever getting our camera back, my kids had not. Pip had mentioned the camera in every prayer for over two months. It had never even occurred to him that we might not get it back. When I told them through my tears that our camera was found, they just looked at me as if to say, “Well, of course it was. We prayed about it, didn’t we?” Behold the faith of a child!

QUESTION: Can you think of some moments when your children were the teachers and you were the learner?

CHALLENGE: Sometimes it’s easy to think that we are more wise and experienced than our little ones, but consider the big spirits in those little bodies–what wisdom and experience did they bring to Earth (and to your home) from Heaven? Seek to learn from their wisdom.

Teralee Kemp Malouf lives in Detroit, Michigan. Born and raised in Panama, she loves the rainforest and ocean and anything that gets her outside. Teralee caught the “travel bug” as a child and has never recovered—she has a constant itch to see new people and places. She enjoys competing in long-distance races and triathlons and goes for daily runs with her little brood in a Baby Jogger. Teralee works primarily as a personal assistant to her five clients (husband and four kids, ages 7, 5, 3, and 1). In her “spare time” she works as a childbirth educator teaching HypnoBirthing classes.