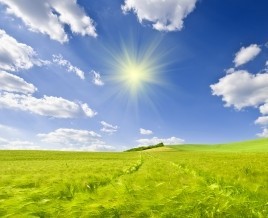 Photo by dan at www.freedigitalphotos.net

Editor’s Note: The Power of Moms is a website for mothers of all religions (and for mothers who are not necessarily religious). Each Sunday, we post a spiritual essay, and we would love to gather a wide variety of perspectives and ideas.  Our goal is to be respectful of all beliefs while simultaneously offering opportunities to share meaningful, spiritual thoughts with one another.

I was told practically from birth about the sacrifices a mother makes….blah blah blah…. back to me me me me me.

I remember as a young woman I was told  that I wouldn’t really understand this concept of motherly sacrifice until I became a mom myself……blah blah blah…..back to me me me me me.

Then, one day, I became a mom. 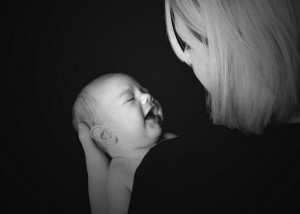 With a little less blah and a little less me, I began late night feedings, diaper changes, sleep deprivation, and buying baby food instead of cute shoes (not to mention the sacrifice of that fabulous waist line that would never, ever return). I was sure I finally understood what all the sacrifice talk had been about. But I soon found this was simply the beginning.

As my babies grew into walking, talking toddlers, my appreciation for other moms, for my mom, for my mother-in-law also grew. I was busier than ever. Not only were there the physical demands of chasing around busy children with even busier hands, there were increased mental demands. I found myself mentally making and checking off lists of their needs and worrying about how I could help them live life to its fullest.  Time. That must really be what the sacrifice fuss was all about.

When the teenage years hit, the sacrifice factor quadrupled instead of easing as I once thought it would. The physical demands turned from late night feedings to late night waiting, from wiping off sticky faces to wiping away tears, from building blocks to tearing down walls. My mental output of worry and checklists went into hyperdrive. (And I still don’t know what a closet of cute shoes looks like, nor do I have that fabulous waist line back.) Compound this with the loss of my reputation. Any belief that our home contained all loveliness and normalcy was shot every time one of my teens opened their mouths. Yes, I now sacrificed my pride.

And at this point I’m thinking,”Seriously I’ve got nothing left to sacrifice! I’m out. I’ve given it all for the kids. Kaput! Why didn’t anyone warn me about this?”

Then came a startling realization. 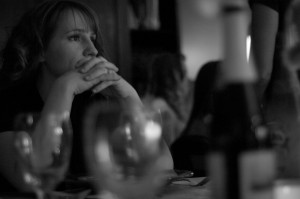 One day my friend and I were talking about how our children adored their dads. We were so proud. We loved that they loved their dads. I noted, however,that rarely does mom get labeled the ‘favorite’ parent. Why is that? Have I not just listed the sacrifices made by mothers? And then it hit me. This is a sacrifice moms make, too. Perhaps one of the biggest.

They make the sacrifice of not getting the glory, not being the favorite all the time, not always being fun. As the more hands-on parent, a mother’s faults get scrutinized. With so many balls in the air it’s easy to see which ones they drop. Mothers often carry out punishments, so of course they take a little more of a hit. There it was, echoing in my ears. I realized that this sacrifice might be the most painful one for me to swallow. . . the glory. After giving all I have, they might still feel like I fell short. They probably will.

Take my body. Take my heart. Take my mind. Take my time. Take my money. Take my shoes. Take my reputation and my pride. Yes, and you can even take away the praise. That’s OK.

I wouldn’t trade being a mom for anything in the whole world. The love God grants a mother for her babies cannot be balanced on a scale against anything this world has to offer. No judgement is too harsh. No sacrifice too heavy. That love will outweigh any obstacle every time. It can never be balanced because sacrifice is what cultivates the love. If I sacrificed all that I had for the precious children the Lord has blessed me with, I would still owe a debt.  When I gave up the blah and gave up the me, I was filled with a life-altering love that fulfills and sustains me every day.

QUESTION:  How have sacrifices changed you for the better?

CHALLENGE:  Praise yourself for the good things you do as a mother.  Make an effort to take satisfaction in your sacrifice and service as a mother.