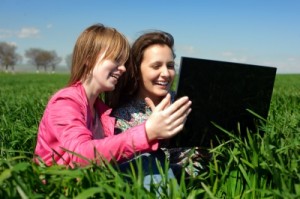 I look around me at the other girls in the room while shifting uncomfortably in my hard seat. I wonder what they are like and if we could be friends. The teacher is at the front of the room talking about field trips and homework policies, but I’m distracted by the curious thoughts running through my head. I feel a little awkward, not just because my chair is so hard and tiny, but because I don’t know anyone in the room. I may as well be a third grader again.

After moving two years ago to a part of the country where we had no family or significant connections, I was just starting to feel at home with the people in our neighborhood and school community when we moved from our rental house into what I hope will be our long-term home. (Please, at least until all my kids finish high school!) Even though we’re still in the same town, I feel like I’m starting over again.

In our modern-day society that is constantly changing careers and job locations, many mothers have unwittingly found themselves feeling much more isolated than mothers of previous generations. Yes, there were the pilgrims and the westward moving pioneers who often left their family and friends behind for a new frontier, and there are always the military families to look to, but for many mothers in this generation who grew up in one place their entire lives, it proves difficult to feel rooted to a place they can call home. A good part of that may be attributed to what some call a lack of community.

One thing we are proud of at The Power of Moms is just that: we provide a sense of community for mothers. And it’s true. Heaven knows if it weren’t for places like The Power of Moms (and love it or hate it, Facebook) many a young mother would have virtually no connection with the outside world. And it is precisely because of the way our society currently operates–with families so busy they have precious little time to sit on the porch and visit with neighbors–that we need to build these “alternative” sources of community.

But still. A real live friend stopping by your house or putting her arm around you in the school hallway would be nice, wouldn’t it?

Some of you reading this may have lived in your current city for decades and have extended family and friends living all around you. You go to lunch with your high school girlfriends once a month and are on a first name basis with the elementary school principal. But not everyone around you is in the same boat. In fact, I would venture to say there are more mothers than not who lack a sense of real, live community with the other mothers who live around them; mothers who want desperately to have a warm bodied friend to help them establish that feeling of home within their heart as well as their community.

And it is for this reason that I would like to arbitrarily declare September as Be Nice To Another Mom Month. I know it sounds ridiculous, but it’s certainly no less important than other “special” days in September such as (and I’m not making these up) Fight Procrastination Day, Swap Ideas Day, or National Cream-filled Donut Day. Yes, I think as all of our children go back to school in September, and as we mothers are likewise obliged to attend parent meetings, open houses, and back to school socials, it would be nice to see more of us reaching out to one another in friendship.

And why don’t we anyway? I think there are a couple of reasons: One, we are insecure, and insecurity always brings harsh judgment. Making unsubstantiated judgments about other mothers instantly builds up very real, but unseen walls that prevent even the possibility of friendship. Maybe you’ve already pegged so-and-so as someone you can’t be friends with based on what they wear/drive or what they said/did, but in my own experience there are very few mothers I can’t be friends with after getting to know them beyond a superficial level.

Not only that, but I have been repeatedly surprised to find that even those who seem to have it all together (translation: those who I think wouldn’t want to be friends with me) often carry the same insecurities and vulnerabilities that I do. There is always so much unnecessary judgment during those first few days of school! Wouldn’t it be wonderful if more mothers taught their children by example how to withhold judgment and befriend people of all backgrounds and personalities?

Personally, some of my closest friends are nothing like me at all. Three in particular come to mind. One is a flaming liberal and I am a staunch conservative. Another practices Jainism while I am Christian, and the third is as feminine and crafty as a girl can be while I wouldn’t know what to do with a glue gun if it bit me. Much like love, it’s hard to explain why certain friendships happen, but that’s all the more reason why we should get out of our comfort zones and try getting to know more moms within our circle of association.

I think the other reason more mothers don’t have stronger friendships is because they feel they just don’t have the time. And maybe they don’t! I know the idea of a simple lunch date with a BFF during the precious pre-school hours sends some mothers into an absolute panic. Not because they aren’t friendly, but because that time alone is so limited and the to-do list so long. I get you, because that’s often the mindset I find myself in.

But I’m not talking about committing ourselves to a weekly GNO (Girls’ Night Out–though that sounds kind of fun), I’m just talking about being a little more open to the possibility of friendship–even if it’s just on a casual level. There may be times and seasons for serious socializing in the future, but we can certainly start small in the here and now. Let someone go ahead of you in the car pool lane with a wave and a smile. Introduce yourself at Back to School Night. Invite the new kid over, and then spend a few minutes talking to his mom outside the door of her minivan before she rushes off. Little things like this really can make a world of difference to another mother and maybe even an entire community.

And that’s really the point–to build strong social and emotional supports among mothers within our living, breathing communities. Because mothers with caring and connected friendships make better moms in general for our children.

So go ahead, make an effort to reach out to another mother in your school or neighborhood tomorrow. Widen your circle. Open yourself up to the idea of making a new friend.

Go ahead. It’s Be Nice to Another Mom Month after all.

QUESTION: Are you in need of more social and emotional support? When was the last time you reached out to another mother in friendship? Do you make yourself approachable to those who may be trying to reach out to you?

CHALLENGE: Even if you don’t necessarily want or need a new BFF, try making the other mothers around you a little more comfortable in your presence. A simple smile and “hello” can go a long way.

***In honor of “Be Nice to Another Mom” Month, we’re offering two free eBooks by Linda Eyre: A Joyful Mother of Children and I Didn’t Plan to Be a Witch.  Download your copies and share this link with a friend! 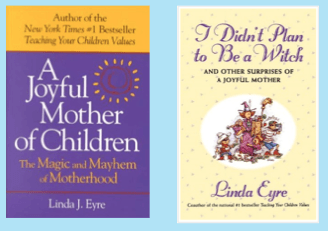