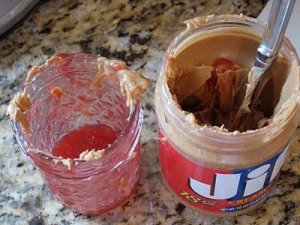 I like things in order. I’m a new woman when my house is clean. I love organizing my girls’ clothing drawers (even though after a few hours their dresser looks like an Old Navy t-shirt table at the end of business day). I prefer everything in its “home” – crayons in the red bucket, markers in the blue. Toothpaste in this little bin, hair supplies in the other. I love a clean, shiny counter top, a basket full of folded laundry, and crisp sheets on the bed. I even like the look of an envelope, sealed and stamped, waiting for the postman.

Silly, I know. I wasn’t always this way. However, since becoming a mother, those little things bring me a sense of satisfaction. I seem to function better when my home (which I subconsciously translate into my life) is not a mess. I feel happier or maybe I just like that these daily housekeeping tasks are within my control because so much of what happens around me, is not.

That said, I pose the question. What mom lives in immaculate order all the time?

Children = Mess. It’s unavoidable. By 11:05 AM today all toy bins were emptied, pink toothpaste was hardening on our bathroom sink, twenty pair of underwear were strewn around the house (my twin girls are almost potty-trained) and syrup was mistakenly poured all over the table, chair, and floor.

Choose motherhood and you choose clean-up on Aisle 4, 8, 10 and 15. There is always something to clean up! Potty accidents, diaper doozies, crayon on the walls, mud creased into carpets, and those conglomerate handfuls of rocks wrapped in dry leaves (once carefully stowed in a pocket) now flung onto the dining room table like confetti.

I confess, I resist messes. I’m always trying to curb, curtail, cut-short, or cut out. It’s a self-absorbed effort to simply spare myself some work.

No, not now. No, that’s not a good idea. No, put that away. No, we aren’t going there today. No, don’t get that out right now. No, I can’t until later. No, you may not eat that before dinner. No! We do not act that way!

Not yes to more sugar, more veg-time in front of the tube, or cutting out paper dolls with a butcher knife. I’m talking about saying yes to the innocent desires of our children’s hearts. The visions and hopes of their day – those first fragile moments when their imaginations ignite.

E.E. Cummings wrote, “I imagine that yes is the only living thing.”

I wondered. Would saying yes encourage more creativity, more time for exploration, more soaking up of that raw happiness life has to offer? In the process, would it bring me out of that parent cloud – down to their level, where I could clean off my own messy soul? At their level, joy comes easily, the tiniest things are exhilarating, and everything is too good to miss.

Just say yes, I thought to myself. Find out. Especially when you aren’t sure how to answer. So I did and here’s what happened.

I said yes to painting with watercolors – almost daily for a while.

Even though I knew Sami would inevitably knock her glass of water over. (How she manages to be so consistent, I’m not sure.)  Each time they finished their masterpieces we gave their artwork away or hung it up somewhere in our home. Glowing and wistful, a collage of rainbow colors began seeping up our walls. My girls were proud and it only took me thirty seconds to wipe up the spill.

I said yes to more story-time. A book on the couch when I should have been fixing dinner only put me five minutes behind. Why am I always in such a hurry? Once I felt their warm bodies next to mine and watched their tiny fingers pointing to a favorite picture, I realized I needed this more than they did.

I said yes to walks and bike-rides outside. No easy effort with five under five. I had to bundle up the boys, get out the double stroller, bundle up the three girls, put on eight shoes (give or take a few), snap on bike helmets, remember the house key and cell phone (we’ve been locked out a few too many times). Then herd my children around our neighborhood that has no sidewalks. Often, our outing ended up being the favorite part of the day. It was a robin on the grass, electric-orange fish in the neighbor’s pond, the scent of honeysuckle, or bouquets of tiny snow-drops clutched between handlebar and palm.

While making dinner a few weeks ago, I said yes to the girls playing outside on the back patio. Seemed harmless enough. However,  it was one of those sunny snow-melt days and water was trickling down the drain pipe in a perfect miniature stream. Somewhere in between bathing a baby in the sink and stirring pasta on the stove, I realized the girls had discovered this water source, stolen cups from the kitchen, and were collecting water to make mud pies. They were completely engrossed and getting dirtier by the minute. My first reaction was to curtail the play. Then I thought, Say yes. Just say yes! You can plop them in the tub when they’re through. Do it. Let them get muddy!

I did it. They came in caked with brown boots, coats, hands, knees, and toes. Their faces were ruddy and bright – their cheeks flush. I looked in their sunlit eyes and smiled back – their lips split wide into fortunate grins. It felt good to say yes.

I said yes to Ali trying on my lipstick, Sami wearing my nice heels, Eliza cutting up stacks of paper with her scissors, stick collections in the living room, blowing bubbles inside, scotch tape creations, picnics on the driveway, making their own PB & J’s, crafting forts out of shipment boxes, glue and paper projects, and storing “Carla the Spider” in a mason jar on the top shelf of our refrigerator so we could bring her out a dinner time and watch her reanimate. (Something my Grandmother did when we were little. I know. Slightly weird – but fascinating.)

Saying yes took letting go of an agenda (usually mine), letting the house suffer entropy for a bit, and de-structuring. It was liberating. My world was happier when I considered the questions of “Can we?” “Will you?” or “May I?” as an opportunity rather than an inconvenience.

“Yes is air” writes Ann Voskamp. “In the rarefied oxygen of that one word, ‘yes!’, the dreams breathe deep and the body exhales joy. I embrace [the] mess and try to be done with the slow suffocation of ‘perhaps’ and ‘we’ll see’ and ‘maybe’ — the biding of time till the visions wither limp — and every day I try to remember that control smothers and fear asphyxiates.”

I don’t want to smother or suffocate. I want to breathe! So it’s been good to say yes. To embrace the mess. To watch my children exhale joy.

Yes. It’s been good for all of us.

QUESTION:  How have you found ways to say “yes” to your children?

CHALLENGE:  Take 30 minutes this week, go outside, lay down on a blanket with your children and name the clouds.

Images provided by the author.