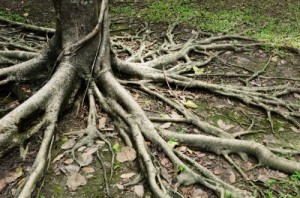 I could tell by the look on my son’s face when I picked him up from his first day of school that it hadn’t been a good one. Starting a new elementary school is intimidating at any age, but especially in sixth grade.

As expected, everyone already knew each other and had established friendships. It didn’t help that he didn’t know where anything was or how things worked at the new school, either. And with his desk assigned at the back of the room, he had a hard time seeing and following the daily schedule, which resulted in him getting back to the classroom after lunch so late that he found the other students already in the middle of an assessment test.

My usually optimistic, carefree, enthusiastic son was clearly discouraged, irritated, and deflated. It hurt me to see him like that, and for about the 157th time I heard the bittersweet words of Elizabeth Stone going through my head: Making the decision to have a child is to decide forever to have your heart go walking around outside your body.

I’m not saying those days (ahem, years) of tears and tantrums were easy. To the contrary! But at least I knew I could provide a measure of comfort with something as simple as a blankie, a cookie, and a few moments in my arms. And all it took back then to convince them they were the most competent, talented people in the world was a big smile and a thumbs up. As long as they knew Mom loved them and thought they were special, that was all that mattered. Confidence, comfort, and happiness were readily drawn from my well of motherly love in those early years, and my children’s cups were filled to overflowing every day.

But mothers typically can’t comprehend this until after their children are flying away from the nest and into the big, wide world. And it’s especially tough when that big, wide world is not as generous, forgiving, and kind as Mother. Yes, somewhat unfortunately, life under the protective wing of a tender mother was never meant to last. (Just look at the animal world.) Early childhood truly is fleeting–for both the parent and the child–and for that reason we need to do all within our power to strengthen and nurture our young children while we still can.

With all of this running through the back of my mind (because a mother’s mind is never, ever still), I made my son some comfort food, we talked (he talked, I listened), and then I offered the hopeful assurance that tomorrow would be better. Maybe I couldn’t walk him into the school and be there with him for every agonizing minute of the next day, but I could still wield whatever motherly power and influence I had vested in me at home, doggone it! Even so, I knew that beyond a snack, a hug, and a few words of encouragement, there really was nothing more I could do. He was going to have to fly on his own.

All of this over a bad first day of elementary school! Such small potatoes! I hate to think of all the truly tough stuff that potentially lies ahead: disappointment over not making the team, dealing with the awkwardness of puberty, difficult decisions about extracurricular activities, work, and college. Girls. The variety of growing pains that await both me and my not-so-little guy are a bit overwhelming. 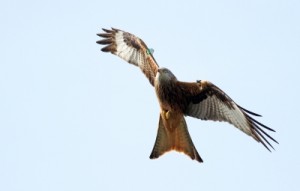 Good thing for both of us, Day 2 was better. Much better. Did our time together the day before have something to do with it? Maybe, maybe not. But I have to believe that the previous eleven and half years of daily snacks, hugs, and words of encouragement undoubtedly had an influence. Noticing the spring in my son’s step as he bounded away from the car on Day 3, I heard the bittersweet words of Hodding Carter going through my head for about the 329th time: There are only two lasting bequests we can hope to give our children. One of these is roots, the other, wings.

QUESTION: In what ways are you giving your child both roots and wings?

CHALLENGE: Even your children who have outgrown blankies and kissed boo-boos need your love. Take time today to give your children encouragement and affection.