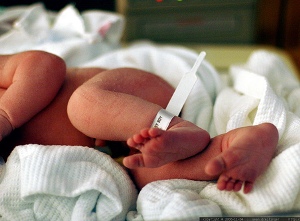 I have read more than enough articles in parenting magazines that have dealt with the topic of women feeling like they “lost their identity” when they became mothers.  I’ve also overheard mothers say, “I feel like I lost a part of myself after motherhood” or  “I just don’t know who I am, or remember who I used to be”.

I never gave much thought to this identity crisis.  To be honest, I never really cared to.  I could never relate.  I was hardly a person of my own when I became pregnant.  No, 25 isn’t that young, but really, I had experienced little of life, was newly married, and never had some big fancy career.  Heck, I hadn’t even figured out what career I might want to have when I started barfing my guts up from morning sickness.

That’s exactly when my white flag of surrender went up to this thing called motherhood.  You could say I was surrounded by enemies on all sides and I didn’t know what hit me.  An innocent (obviously not that innocent) bystander in life, and one moment I looked up and had an army of soldiers (otherwise known as hormones) holding me at gunpoint.  Surrender or else…or else die of puking?  Yes.  That’s what I did. Threw up (in more ways than one) that white flag.  My life changed so quickly and my body felt like it was under attack.  I could hardly lift my head, let alone arrange a defense.  And so there went my fight to keep life as I knew it.  Sarah as I knew her.  I was gone before I knew what hit me, before I really became me.

And that was a blessing in disguise, I think.  Oh, maybe there were some drawbacks to it, but none I ever knew about. When they put that little guy in my arms, I had already surrendered.  Another battle, this one more heated, had me raising that white flag again with every muscle in my body aching from the aftermath of the battle. In a way, I had already been forced to be open to whatever this new life brought me.

When I think back to those years before becoming “mother”, when I was just ME, I try to imagine what could be missing now 15 years later.  I try to relate when other women say they struggle with feeling they lost a part of themselves.  I look back and think, what part of myself did I lose?  Who was I before that?

When I turn around and look, I see along the years that I did indeed “lose” myself.  If I look back on the journey, along the way I can see parts of myself that dropped off.  Mostly I didn’t notice, sometimes I fought against it, sometimes I threw those parts off with joy.  Parts that I needed to lose, parts that I can’t imagine wanting to hang on to.  Each child has forced me to let something go that was part of who I was at that time.

I see a rockslide of losses, and they read like a Paris Hilton biography.  I wasn’t a spoiled rich brat by any means, I was just ME.  But like I said, I took care of ME.  That’s only one person, and I had my best interest in mind.  I was in charge of myself, and myself only.  I had not a care in the world because a job, bills, and any other responsibility is nothing compared to being responsible for another human being’s life.

Maybe there is some nostaligia there, some innocence lost along the way.  But I shudder to think of the alternative.  To NOT lose, to NOT surrender parts of myself.  To still be the same person I was.  To NOT replace those aspects of myself with something bigger, to NOT gain something so much greater.  To put up a fight to remain who I was 16 years ago. That would be so much energy wasted – how could I have anything left over to be a good mother?

My children and I, we each gave each other gifts in the end.  I gave away or “lost” pieces of myself to be their mother, and in return I recieved a gift from those who made me a mother: a new identity, a better self.

They continue to do that and will, I imagine, forever.

QUESTION:  What pieces of yourself have you “lost” to become a mother?

CHALLENGE:  Try to think of what you have gained in becoming a mother.

Sarah is a mom of six, ages 2-20, which means she is giving driving lessons and potty lessons and everything in between, all in a day's work. She loves babies, clean floors, writing, photography, good books, orderly piles of laundry, and old-fashioned values. She blogs at Cloverlane.Clover Lane