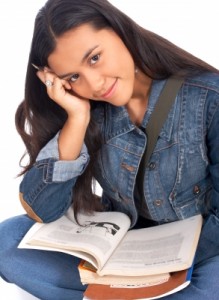 Our fifteen-year-old daughter, true to her age, her hormones, and her nature, had spent the evening alternating between hot anger, cool sullenness, agitated irritation at other family members, and woeful, sorrowful withdrawal.

“I’m going to flunk math because the teacher is so weird. He never explains anything. He grades way too hard. He never calls on me when my hand is up. I don’t care anyway, grades are way too important to most people. Actually, it’s my brothers and sisters who are ruining my grade. They’re so loud and noisy, I can’t study around here. Forget about an A. A B- is okay. It’s not the best, but it’s good, and no one should be dissatisfied with good. If you’d been around more to help me study, maybe I wouldn’t be in this mess.”

It was a not-so-rare collection of statements illustrating self-criticism and the blaming of others that goes on so often with some adolescents. But it wasn’t our daughter’s truest self. We had learned that at such moments there was little to do but wait for that truer inner self to emerge.

It finally did, about ten-thirty. “I’m sorry, Mom and Dad. That was stupid. It’s my class and my grade. It’s my own fault about the last test. I’ll go and see if I can make it up. I know I have the ability to get an A.”

Jekyll and Hyde? So many adolescents are. The challenge for parents is to encourage the Jekyll and help it win over the long run.There are two separate but closely related principles involved here. The first is the self-reliance of accepting the responsibility for and the consequences of one’s own actions and performance, rather than blaming luck or circumstances or someone else. The second is trying to be one’s best self and asking the best from oneself — the conscious pursuit of individuality and potential — and the conscious rejection of avoidable mediocrity.

“Self-reliance and potential,” as we have called it, is a powerful value. Those who have it help others by accepting responsibility and doing their best in the world. Those who don’t have it hurt others by blaming them and by failing to develop the gifts and talents that could serve or enlighten or benefit other people. One who reaches his potential helps others in many ways as he develops himself. One who never seeks his full potential indirectly hurts others by not doing the good or setting the example he is capable of.

This value is about trying to know ourselves, to do our best, and to accept the consequences both of who we are and of what we do.One way to think of self-reliance and potential is as two sides of the same coin. Self-reliance has a lot to do with taking the blame or the responsibility for negative things that happen. Potential has a lot to do with taking a little credit and taking the right kind of pride in what we are able to become and what we are able to accomplish.When we take blame and responsibility, we resolve and grow and improve. When we don’t, we become bitter, jealous, and defensive. When we take positive pride in what we’re doing with ourselves and our gifts, we feel the growth of individuality and self-esteem. When we don’t, we tend to become followers or plodders in the standard ruts of life.

1. Praise: Reinforce your children’s self-image and individuality and build their confidence — that is required for self-reliance. Like flowers under rain and sunshine, children blossom and bloom under recognition and praise. “Catch them doing something good” and when you do, give effusive praise! When they make mistakes or fall short, help them accept responsibility for it and then praise that acceptance to the point that their pride in their self-reliance outshines their concern over the shortcoming.

2. Use yourself as the model and example: Show your children that you “value this value” and that you work for it. Take every opportunity to show your children how you are trying to improve. Talk about the things you think you’re good at and working to be better at.Show pleasure in things you do well. Also, be obvious about taking the blame for mistakes you make. Say, “You know, that was my fault. Here’s what I could have done differently. . . .”Let your children see that you can accept responsibility and blame and let them see that you take pride in who you are and that you are working to be better.

Help your children to like their own unique selves. Just as small children need to hear the sound of letters over and over and over again before they learn to read, so also they need to hear their own unique abilities praised time after time before they actually believe in themselves and increase how much they like who they are. Simple as it sounds, the key “connection” of this chapter is that children who like themselves become capable of relying on themselves, of accepting responsibility, and of reaching for their full potential.

Praise every effort you see them making — from drawing a picture to trying to tie their shoe. Look constantly for new things they learn to do or for any sort of aptitude at which they seem particularly good.Help a child see that he is unique by making up an “I Am Special” book with a front cover tracing his silhouette, and with his height, weight, eye color, favorite food, funnest activity, best skills, and so on written inside. Help him understand that there is no one, anywhere, who is exactly like him.

Sample Method for Elementary Age: Consult Rather Than Manage

Put yourself in a role that maximizes your children’s development of self-reliance and self-knowledge. Try not to take initiative away from your child. Suggest rather than command wherever possible. Ask if he needs help rather than forcing it on him. Try to notice what he likes and where his natural gifts and abilities lie rather than trying to decide what he will do and what he should be good at.

When he asks you to do his homework, say no. But tell him you’ll check it after he’s done and tell him if it’s right and help him on the parts he’s tried to do but still doesn’t understand.As children are old enough to understand the terms, tell them that you want to be their consultant and not their manager.

Explain that they are the ones who have to decide what they will do and how well they will do it and that you want to help but not force. (Be sure they can separate this consulting help and guidance that relate to their choices from the laws and absolutes that should govern their behavior.)

Build your adolescent’s self-respect, self-confidence, and self-reliance. Have clear rules (curfew, etc.) but within these, trust your adolescents and make a point of telling them that you not only trust them but have confidence in their ability to handle themselves and the situations they find themselves in.

This principle applies to smaller children also. Too many well-meaning parents may prevent a skinned knee or even a broken arm by being overly protective physically, but in the process they may exert undue influence and diminish the feelings of self-reliance and self-control. 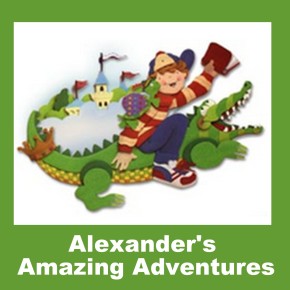 *** For great children’s audio stories that teach this value and all our values of the month plus more specific activities, discussion questions and ideas, check out our Alexander’s Amazing Adventures Program based on the #1 NYTimes Bestseller, Teaching Your Children Values.