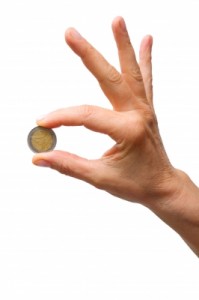 This year, as he approaches fourteen, our most undisciplined child is beginning to show great progress. Three years ago he simply could not remember to do his homework. On occasion when he did do his work, he couldn’t seem to remember whether or not he’d handed it in. His thoughts were immersed in model airplanes, snakes and gerbils, and computer games. Nothing else mattered much to him. I was constantly nagging him to clean his room and “get his act together.”

Then two fairly significant things happened to him: Our family moved to England, and he was enrolled in an extremely disciplined school for boys, complete with a school uniform that included black wool pants, black leather shoes, gray socks, a white shirt, gray V-neck sweater, school tie, and gray blazer. Any boy lacking any part of his uniform was severely reprimanded. Not only that, each boy was required to take thirteen subjects, which included physics, chemistry, classical studies, and mythology. Not a bad schedule of classes for a seventh-grader! Each boy was required to carry an assignment notebook in the left-inside pocket of his jacket. Each class and the assignment for that day were to be carefully printed inside. Any teacher could stop any boy and ask to see his notebook at any time. If the notebook was not there or was not complete, the student was doomed to detention.

At about the same time, I decided that my relationship with this child was suffering because of my incessant reminders to practice, to clean his room, to get his homework done. I eased off, and decided that my communication and friendship with him were more important than the tidiness of his room.  Meanwhile, he seemed to hit his stride with self-discipline thanks in large part to outside influences (his school).

This year this boy was transformed from a caterpillar to a lovely moth. (He can’t really be classified as a butterfly, because his room still looks about the same — even though he cleans it up at least once a month now without being asked.)

We’re back in America now and my son is back in regular old American school.  But I find little homework lists in the jumbled place he calls his room, and he just became an Eagle Scout and a member of the National Honor Society. Instead of thinking of him as a thorn in my side, I now regard him as one of my favorite people. — Linda

Discipline and moderation are profound and universal values because their presence helps us and others and their absence inevitably causes short- or long-term hurt.

These are values on which all parents must work personally. And it is our example, more than any other method or technique, that will teach this value to our children.

1. Maintain a family schedule. This can give children the security of certain things that are predictable and the discipline of being sure that they are there when expected. Have a set breakfast time and a dinnertime. Have different times for different days if necessary, but put them up on some sort of poster and see if everyone can discipline themselves to be there during this month.

2. Teach by example. Create a personal example regarding the value of discipline and moderation in all areas. Again, example is the number-one method. Make up your mind, especially during this “month,” to control your temper, to save a percentage of your income, to live within your means, to eat moderately, and so on.

3. Count to ten. Help children — and yourself — stay in tighter control of your tempers. There is no more obvious and noticeable illustration of discipline than in the control of temper. Teach your children the simple principle of counting to ten before saying or doing anything when they feel anger. Give some “bad examples” of people who hurt someone because they struck out (or spoke out) without stopping to think. Give some good examples of people who were about to say something angry or to hurt someone in some way and then thought better of it while counting to ten.

4. Use the words “discipline” and “moderation” frequently. This will help children understand them and “connect” them to everyday behavior. When you pass up a second helping of potatoes say, “I’m going to use moderation and not eat too much — it will help my waistline.” When you notice a child getting his homework done say, “There’s discipline for you.” Make the words the “theme” of your communications and your activities for the month.

5. Set up “deals.” Add motivation to your child’s efforts to discipline himself to accomplish goals. Having children set up certain objectives and attaching a reward to the accomplishment of those goals can give parents added opportunities for praise and can make children more conscious of consistently disciplining themselves to do things.

Sample Method for Preschoolers: The “Too Much” Game

This game will get small children thinking about the concept of moderation and about its benefits. Explain that too much can sometimes be worse than too little. Say, “Let’s play a game about too much. I’ll say, ‘too much ________,’ and you say something that you wouldn’t want to do too much of ________, then say what ‘bad thing’ might happen from too much.” For example:

Too much exercise. . . . You might get too tired, or even injured.

Too much candy. . . . You’d get cavities, lose your appetite.

Too much television. . . . It keeps from playing, studying, and other good things.

As the last two illustrations, you can have some fun with the game. But the bottom line is helping small children to understand the value of moderation.

Sample Method for Elementary Age: The “Choose the M or the A” Game

This game teaches older elementary school children the fact that some things are okay in moderation but bad in excess — while other things are bad in any quantity or form. Make up, on three plain sheets of paper, a large M for “moderation,” a large A for “avoid” or “abstain,” and a large N.L. for “no limit” (describe and define the words). Then explain that you are going to go through a list of things and you want them to pick one of the three signs for each of the items you are going to mention. Then go through the following list, adding items of your own and stopping to discuss or ask questions about any on which the answer is not clear.

Caring for Others (NL)

Drinking Alcohol (A or M — your call)

Drinking Before Driving (A)

Sample Method for Adolescent Age: Agree on Policies of Discipline

Give your teenagers the limits that provide security, convince them of your concern, and give them opportunities for the exercise of discipline. Sit down with your adolescent and decide together on some guidelines and standards that will help him exercise discipline and moderation as he moves into and through his teenage years. Some suggestions: