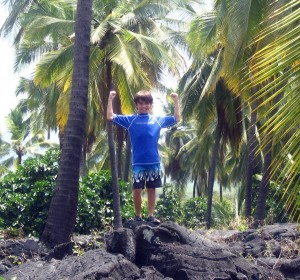 We had been talking with our 10-year-old son Talmadge about courage, and I’d been trying, in my long-winded way, to explain the difference between true courage or being a leader for the right, standing up for what you believe, and resisting peer pressure and the false courage of accepting dares, taking risks, being foolhardy. I had been trying to communicate the idea that real bravery was an inner thing, closely related to integrity and being true to yourself, and unrelated to the sort of outward bravado and macho chance taking that seems to be the message of so much of our media.

It was there that Talmadge interrupted with, “Yeah, it takes real courage to be a chicken.”

Talmadge: “Well, I mean, like if kids are trying to get you to do something that you don’t think is right — or it’s really, really dangerous, and they’re saying you’re a chicken, then it takes real courage to be a chicken and say, ‘Yeah, I’m a chicken.’

Now why couldn’t I have said it like that?

So . . . courage means doing the right thing when it is hard (and even if it means being called a “chicken”).

Children can learn what courage is through stories, games, role-playing, and discussion, but they can learn to have it only through your example and through your lavish praise of their example (or even of their attempts).

Clarify the difference between courage and “loudness,” and between the lack of courage and shyness. This well help your children see that courage is a quality of character, not personality. If you have one or more particularly shy children, see that they understand that you are not trying to teach them to be louder or more assertive. Talk with them about quiet courage — the courage to say no to something that is wrong, the courage to say hello to a child who has no friends. Explain that everyone’s heart pounds a little, that we’re all a little scared, but that we can do what is right anyway.

Help your children understand the makeup of courage. The key to teaching courage to children of all ages is to realize that preparation and faith or belief (not just “red blood”) make up courage. Our children will have courage if they are properly prepared, whether it is by thinking through decisions in advance and teaching them how to say no with confidence or by encouraging them to practice a piano piece for a recital and helping them to feel confident that they can perform well. Having faith in themselves to be able to do what they know is right is the key to courage. Children can realize that faith lies not in believing that something will turn up but in believing that they can turn something up.

Method for Preschoolers: Teach Small Children to Look People in the Eye

This can help children learn a useful habit that takes courage and that gives you a good opportunity for praise. Establish a family tradition of looking people in the eye. Explain to small children that if you look right at people, they will like you and know that you like them. Practice looking in each other’s eyes as you say, “Hello,” “How are you?” “Thank you,” or as you ask questions: “Where do you live?” “What school do you go to?” And so on. Have little contests to see who can look into the person’s eyes the longest while having a “made-up” conversation. And have “staring contests” (who can look into the other person’s eyes the longest without blinking).Explain that being brave means not having anything to hide — and when we look right at someone, it is like saying, “I trust you and you can trust me.” Learning to do this helps us not to be afraid to ask people questions or start conversations.

Method for Elementary Age: “Hard and Good” – The Relationship Between Them

This activity will help children begin to relish rather than resist hard challenges. For this game set up two sides with at least one child to a side. Say that you are going to mention certain actions and you want one side to write either “hard” or “easy” to define each action. The other side should write “good” or “bad” about each action. (Each side needs a paper numbered from one to ten and a pencil.)

1. Get up early and study for a test.
2. Say you’re sorry to someone even though it’s embarrassing.
3. Try smoking with your friends so they won’t call you chicken.
4. Make friends with the new kid at school, even though everyone else is ignoring him.
5. Sleep in on Saturday instead of getting up to do your household job.
6-10. Add your own (try to draw from real experiences)

When the game is over, match up the two team lists. Show how “hard” almost always matches up with “good.

Method for Adolescents: Decisions in Advance

This can help adolescents make right — and courageous — decisions before they are in situations conducive to wrong choices. Explain to adolescents that many decisions are best made early — before we’re confronted with pressure to decide. Help them to make a list (preferably in the back of a journal or diary) of “decisions in advance.” For example, I will not smoke. I will not cheat. I will not be cruel or rude even if others around me are, and so forth.

With each “decision in advance” help the adolescent to imagine a future situation where it would be very difficult to keep the decision. Think it through together. Point out how much easier it is to do the right thing when the decision has been made in advance.

To illustrate the point tell them the story of Abraham Lincoln, who was riding in a coach with an important and influential man who was insistent that Lincoln smoke with him. He said he would be offended if Lincoln did not smoke with him. Lincoln said he had made a decision twenty years before not to smoke. He had committed himself to thdecision and had even made the commitment to his mother. Because he had made the decision in advance, courage to keep it came easy for Lincoln, and his friend did not push him further. 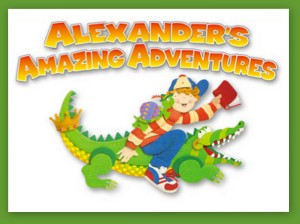