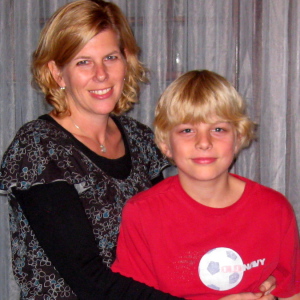 To listen to this post rather than reading it, click here.
Did I really just type that title? Aren’t we supposed to keep trying and never give up? The younger, more optimistic version of me would be appalled that I now view giving up as a viable strategy. It’s not that I’m jaded now. It’s just that I’m realizing that some things are not worth the fight and that I should save my energies for the things that really matter.

Generally, patience coupled with hard work and hope is a beautiful thing. When we go after our dreams with determination and grit, we often find satisfying success. But sometimes we may be working and waiting for the wrong things. And sometimes we patiently try to help someone else towards a dream they simply don’t share which is a recipe for disaster.

Here’s an example. I have a son who always leaves his stuff everywhere (I’m not using “always” and “everywhere” frivolously here). His PJs and underwear are always strewn across the bathroom after he takes a shower and the towels never make it back on the hook. I’m pretty sure he’s never made his bed without me standing over him. There are candy wrappers, books, dirty socks and components for his beloved Lego Mindstorm all over his room. His dresser drawers are always open (strangely – as he never seems to actually put anything in them). His coat and shoes can never be found when it’s time to head out somewhere – and that makes us late.

I’ve tried charging him for each thing he leaves laying around. I’ve left bills on his bed “I love you, Buddy, but you owe me $5.00 for picking up the 10 things on the floor of your room after you left for school today.” I’ve tried making him miss activities that he enjoys in order to clean his room. I’ve tried “guilting” him into cleaning his room by explaining that he’s really being a poor example to his little brother who seems to be picking up his messy ways. I’ve tried working with him to clean it up and really showing him how things should look when it’s cleaned up properly. But I must admit that sometimes when I walk into his room right after I helped him clean in the day before and find a big fat mess, I do a little more yelling than I should.

I have been patient and helpful (usually) and have worked hard to help my son become the neat and tidy person I think he should be. But you know what? I’m realizing I can be patient forever and this wonderfully creative and intelligent boy of mine may never be entirely neat and tidy. It just might not be in the cards for him. Sure, he can and should improve. But my standards of cleanliness and neatness may not ever entirely rub off on him. I need to give up on what I think he should be and learn to more fully accept who he really is and who he’s really meant to be. I need to decide what really matters and pare the list of neatness expectations down quite a bit for this beloved boy of mine. I can give up on some things, and in this case, giving up isn’t wimping out. It’s being deliberate and realistic and loving.

Here’s another example. My mom had a vision of a family orchestra. She had us all going on musical instruments at a young age. I took to the violin naturally, and my sister just younger than I am worked at her violin as well. But my brother wasn’t interested. He hated the violin. My mom thought maybe he’d like something more “manly” and he tried the trumpet which seemed exciting at first, but after a few weeks of horrible blasting sounds and no lasting interest in the trumpet from my brother, we were all happy when my mom let him quit trumpet lessons. She tried to teach him a little piano herself – she’d been a music teacher before she had kids. No dice. I remember my mom sitting by my brother at the piano day after day, trying to patiently explain things and correct his mistakes. Each session started out nice, but piano bench battles between my mom and brother became a daily ordeal.

So my mom gave up. Her son wasn’t going to be a musician and while I’m sure that really pained her at first, she says she realized that her relationship with her son was way more important than realizing her dream of a family of accomplished musicians.

But figuring out which is which isn’t so easy! Often it takes quite a bit of working and trying before we realize that something just isn’t going to work out. And sometimes things end up working out on their own after we give them up.

Interestingly, today my brother is a musician in his own right. He bought himself a high-end keyboard a couple years ago and has taught himself to play – quite well.

When we give up, we put our hopes and ideas and visions away and stop looking for them to happen. And sometimes, when we take the pressure off, things just happen by themselves. So perhaps giving up is really an ultimate form of patience.

CHALLENGE: Think about the conflicts that you currently have with your children, and choose one area where you can scale back your expectations in order to enrich your relationships.