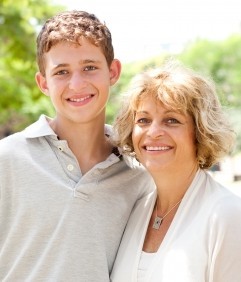 Photo by photostock at www.freedigitalphotos.net

Growing up, I lived around the corner from an amazing lady. I could see she was such a good mom as her children and grandchildren just adored her. I knew her well enough to know that her kids and grandkids were the most important things in her life.

I continued contact with this dear neighbor after I moved to college, got married and began to have children. Soon after I had my second child, I found out she was diagnosed with an aggressive form of cancer, and she wasn’t given much time to live. It was about at this time I had the opportunity to hear her speak to a group of women which included her children, grandchildren and many women whose lives she had touched. I would guess that most people who heard her that day were aware of her medical situation and that she didn’t have much time left. She gave an inspirational message and then said something that day that I will never forget. She said that on her gravestone all they needed to put was “I HAD FUN.”  And right there, with her children and grandchildren on the front row just smiling at her, she went on to say how much fun her life had been.

It was clear to me that was the exact thing I had admired in her as a mother for so long.  She had enjoyed being a mom and a grandma and all that went along with it.  Her kids were more than just tasks to take care of, but they were what made life fun for her! When I think about her, it makes me want to step back and look at my life as a mom and think, “Am I having fun?”  So often I can get caught up in my list of endless tasks, how tired I feel and how hard it is to meet all the needs. But what could be better then at the end of it all to say, “I loved being a mom, and you know what?  I HAD FUN!”

I am the mom of three of the cutest kids (no bias of course!). I live with my husband and kids in Logan, Utah. In addition to loving being a mom, I enjoy reading, exploring new places with my kids, and as of late pilates!