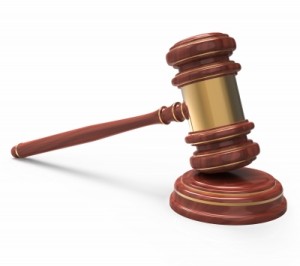 One thought ran through my mind as I watched the toddler bouncing around the pediatrician’s waiting room: “I would NEVER let my kid out of the house like THAT!” With a snotty nose, uncombed hair, and an outfit covered with this morning’s breakfast–eggs and yogurt would be my best guess–this toddler was a terror. His mom made some feeble attempts to corral him, but she was holding a fussy baby and her five year old wanted to show her something on his electronic game.

Clutching my precious newborn close, I sang developmentally appropriate songs to occupy her. I was so proud of how well-behaved my child was. She wasn’t fussing or crying, and her socks and bib matched her pink, spring dress.

I sat on the plastic chair, filled with self-righteous indignation, and judged that woman. I judged her children’s clothing, her inability to manage their behavior, her allowing the five year old to play an electronic game. Heck, I even judged the woman’s yoga pants, stained t-shirt, and noticeable lack of make-up.

I shook my head at her utter lack of care. She obviously didn’t care about her children’s behavior or their appearance. I just knew that if she would put forth a little effort, her children would not be terrorizing us as we waited for the doctor. If she would only engage her children, set boundaries, and wash their faces!

Except, nine years later, I was that mother in the doctor’s waiting room. My nine year old, her hair barely brushed, sat playing on my iPhone, studiously ignoring my presence. My twin toddlers ran in opposite directions–she down the hall into the exam rooms, he towards the magazine rack where he carefully began pulling down each one.

I used the magic words, “I have goldfish,” and they ran back towards me, only stopping to sneeze on the grandmotherly woman next to us. They clambered up on the chairs, and I handed them the paper bag. He reached his hand in and was content to grab a few crackers, but she only wanted the one at the bottom, so she turned the entire bag upside down to get it.

A full bag of snack crackers were now sitting on the pediatrician’s waiting room floor. My son, who has always been a good eater, climbed down from his seat and began to eat the crackers off the floor, while I desperately tried to pick them up. In the meantime, his twin began running towards the exam rooms again. I caught her, only to be treated to the blood-curdling scream and limp body of a tantruming two-year-old.

The sweat dripped down my back, and I was suddenly aware that I didn’t have the chance to put on deodorant that morning. I admitted defeat, pulled both toddlers into my lap, and snatched the phone away from the tween so I could play a video for the twins. As I sat there, I wondered, “How did I get here? How did I become THAT mother?”

Well, the reality is usually I’m not. My kids are (honest!) well-behaved. They act appropriately in restaurants; my son’s second word was “thank you;” we go on 12-hour road trips without a DVD player; and they generally don’t throw fits.

These things don’t happen by magic; my husband and I have put a lot of work into it. It’s meant that sometimes one of us sits in the car with a crying child so the rest of the family and other restaurant patrons can eat in peace. It’s repeating over and over, “Say, ‘Please’” or, “Say, ‘Thank you.’”  And we’re not alone. Most parents are repeating the same phrases and going through the same series of timeouts.

But in the doctor’s office, with three sick kids who have been waiting for 45 minutes? There is going to be snot and tears and messes and running in circles. Anyone sitting in the waiting room that day probably went home and told the story of the three ragamuffins running wild at the doctor’s office. And they would be right. But they also would be making that assumption based on a brief snapshot of our lives.

Over the years, I’ve learned to be less judgmental about parenting because I’ve been knocked off my high horse too many times. The kid who is running around in circles, tripping the waiters at Applebee’s on Thursday? He’ll be the one sitting quietly at story time on Friday while my toddler is rolling on the floor crying.

As a new mom, I noticed all the little flaws in other people’s parenting because I was unsure of my own skills. I was reassured that I was doing it “right” because my kid looked presentable and acted appropriately. But now, nine years into my parenting journey, I’ve learned that on some days, just getting out of the house with everyone wearing shoes is a victory.

And that’s where I was right about that mom in the pediatrician’s office all those years ago: she didn’t care. She had sick kids to worry about. Of course she didn’t care if her hair was styled and her lipstick on. She didn’t care that her toddler was bouncing around because that’s what toddlers do. She didn’t care about my opinion of her parenting because she recognized that her experience far exceeded my three months of motherhood.

People still judge my abilities as a mother based on brief interactions with my kids. Sometimes I hear what a great mom I am because I can get all the kids out of the house and through a grocery store without a meltdown. Other times, I get a look because my toddler pulled her shoes off and is now barefoot in Target– in December.

The difference between my new mommy self and my veteran mom self?  I don’t care what random people think about my parenting. And I rarely have time these days– between three kids, a husband, house, and a full-time job– to worry about other people’s parenting shortcomings.

I know they don’t hand out medals to the moms whose children always have clean faces or never wear mismatched socks. We’re all trying to do our best. Some days that means baking homemade cupcakes while our children create construction paper butterflies. Other days, our best is boxed mac and cheese and hoping no one gets playdough up his/her nose.

QUESTION: How have you learned to be less judgemental of others?

CHALLENGE: When you are tempted to judge another mom, remember that you are only seeing one snapshot of her life.

For years, Heather was the child her mother most worried about. She was known for switching colleges, switching jobs, even switching the states she lived in on a whim. In her early twenties, Heather lived in Florida, spent time in rural Appalachia, and worked in Death Valley. Then she graduated, got a real job, had a baby (or 3), bought a house, and became a responsible member of society. She is currently looking for ways to balance her former wild child self with her current incarnation as a wife, mom, and school librarian. And, yes, she has apologized to her mother.