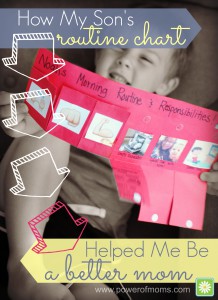 This morning, I found myself lying face-down on the wet sidewalk leading up to my front door.

No, I hadn’t slipped on the dewy grass while going to get the mail or been attacked by a neighborhood mugger; I was down on the concrete on purpose, peering into the garden with my four-year-old son, Noah.

We were both on our stomachs, our faces inches from one another, and we were watching in awe as a slimy slug crept its way across a leaf.

Rewind fifteen minutes earlier, and you would have seen a very different scene. I was in the zone, bustling around the house picking up stray toys, responding to emails, and mentally running over the day’s tasks and activities.

Noah approached me with his morning responsibilities chart and said, “I’ve done my jobs, Mom! Now all that’s left before my ‘screen time’ is our Special Time!  Do you want to go outside and look for worms?”

Inwardly, I cringed. This was not a good time for me: I was in the midst of a burst of productivity, the baby was napping, and I had a million things to “get done” that morning.

But the chart dictated Special Time, and my son was looking at me with big, hopeful eyes, so I pushed the mental to-do list aside and told myself, “Come on, Rachel—you can give Noah fifteen minutes of your time.” 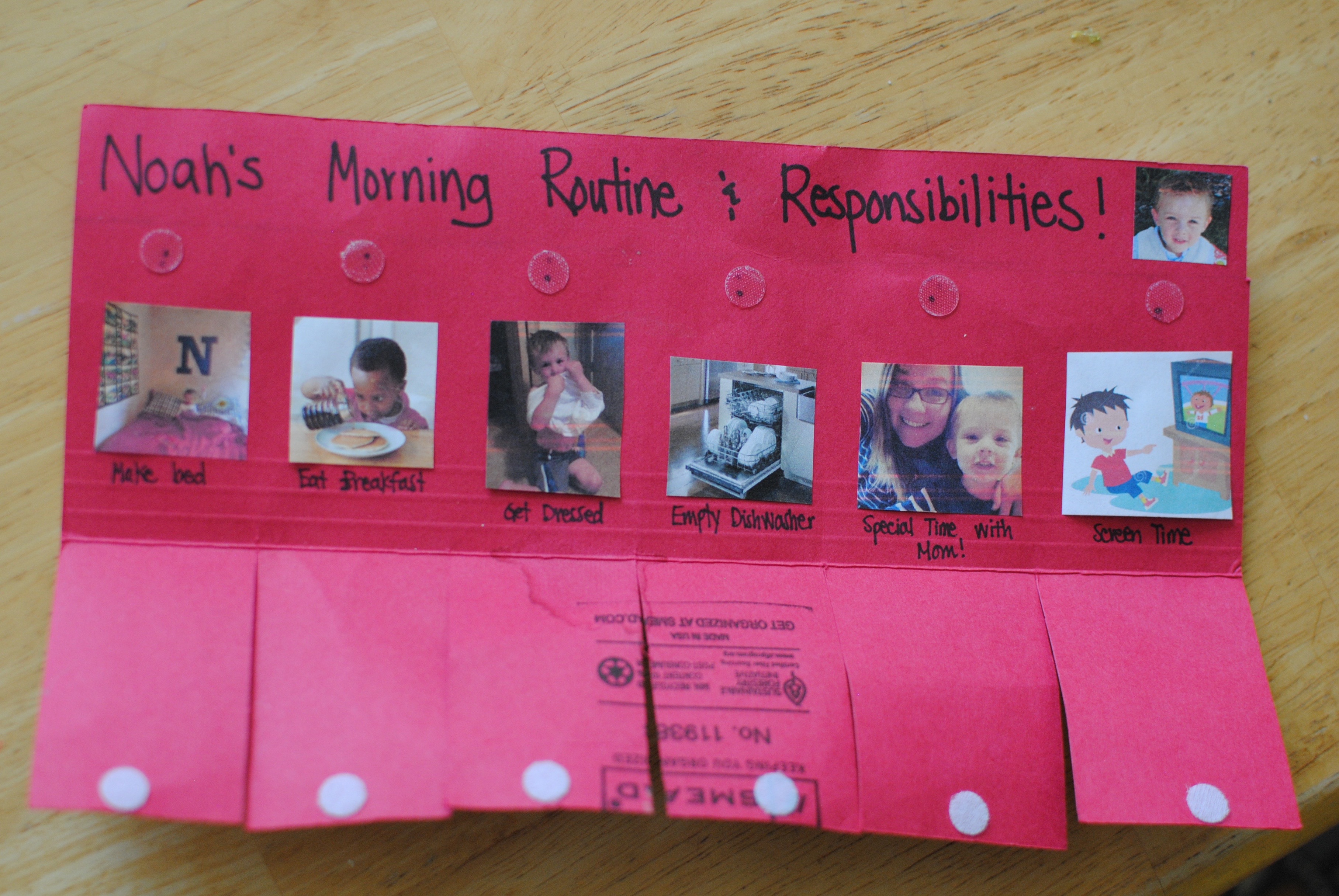 This is why I love my son’s morning routine chart. I love it because it holds me accountable for the things that are important to me as a mother—the things that would probably get lost in the midst of the urgent “to-dos” and daily craziness of motherhood, if they weren’t included in our simple close-the-flaps chart.

I once took a personality profile that described me as a “perpetual”—someone who doesn’t feel natural breaks in my day, forgets to eat if I am in the midst of a project, and has a hard time “turning off” when I get going on something. I find it difficult to prioritize my long-term values over the short-term satisfaction of checking something off my to-do list. This is a trait I combat every day, especially as a mother, because I want the people in my life to know that they are more important to me than the projects I am working on.

In the book Essentialism, author Greg McKeown recommends that people like me “design a routine that enshrines the essential.” This is what Noah and I have done with his simple morning responsibilities chart, and it has made a huge difference in my ability to prioritize what’s truly important over what’s immediately visible or seemingly urgent: 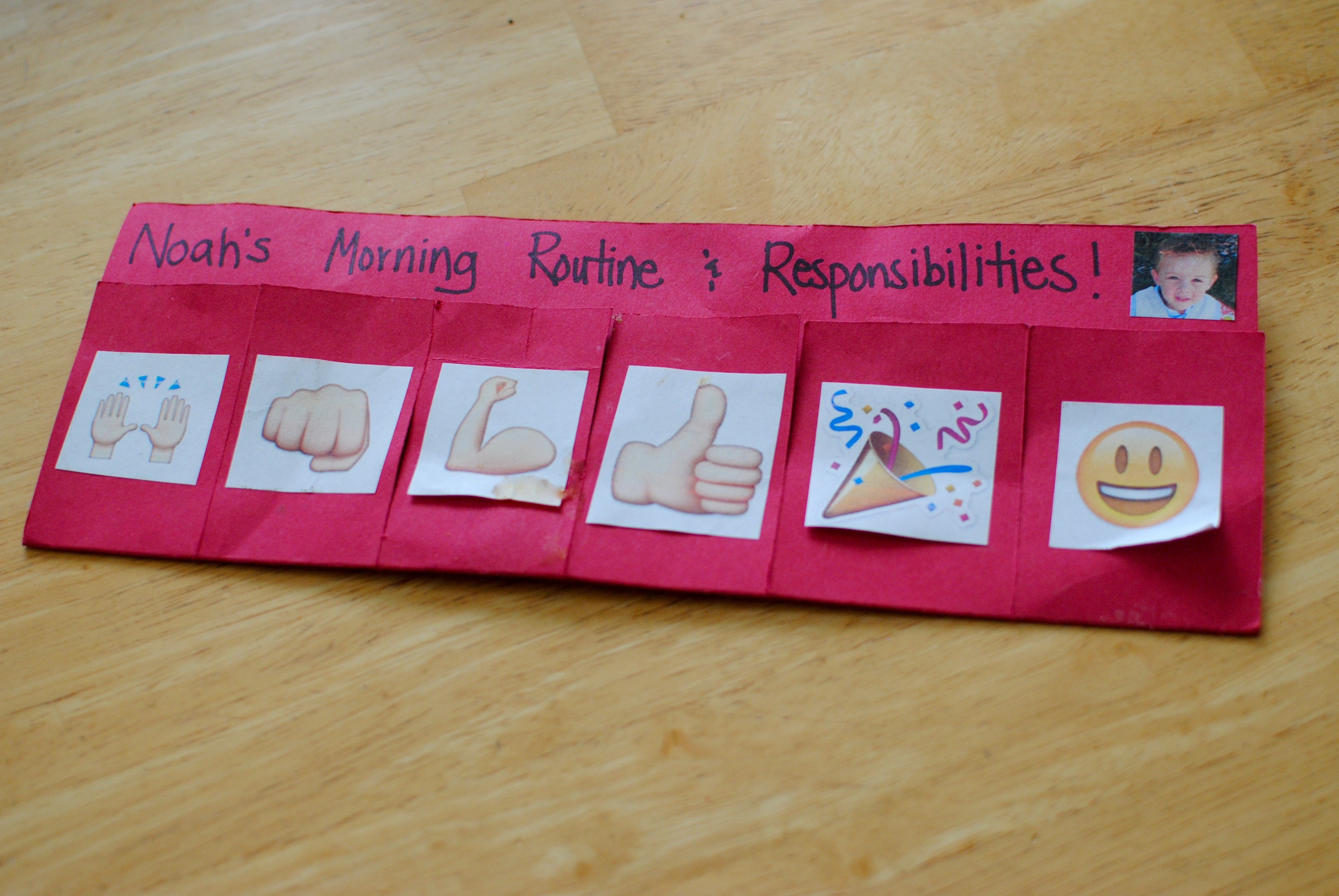 We have our Special Time every morning when his baby sister is napping, and we do whatever Noah wants to do for fifteen minutes. Sometimes we play Legos (not my favorite); sometimes we play Candyland (much more fun for me); sometimes we look at slugs in the garden (surprisingly fascinating). We set a timer, and Noah doesn’t complain when it buzzes because he knows that he will get Special Time again tomorrow.

I come away from those fifteen-minute play sessions feeling closer to my son, more relaxed, and really proud of myself for doing something that is hard for me but also so important to me. It makes me feel like a good mom, and that is priceless in this job that leaves me feeling inadequate and overwhelmed a lot of the time.

Once his other tasks are completed, he can watch a show (I decide whether it’s a thirty-minute television episode or a full-length movie depending on what else I need to get accomplished), and once the screen-time flap is closed, we are done for the day. Noah knows this, and now that he’s used to the idea, he doesn’t whine and beg for more shows as the day goes on. (Hallelujah for less whining!) 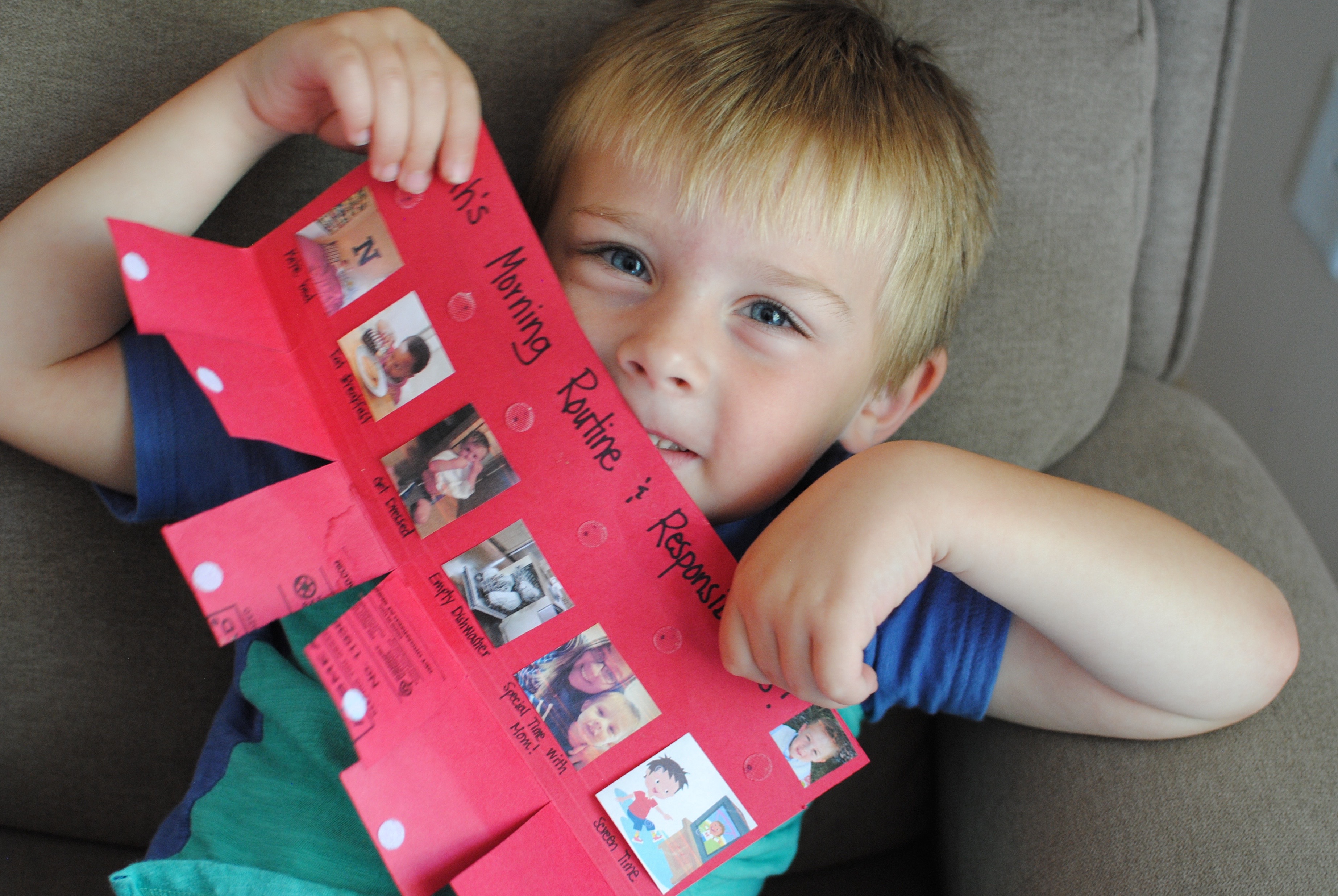 Our simple morning chart has really transformed and enriched my motherhood experience, as it has forced me to slow down and make time for the things in my day that truly matter long-term. In the beginning, it took a few weeks for my free-spirited and stubborn little boy to get used to it, but I just kept reinforcing the routine and he now enjoys knowing the schedule (almost) as much as I do.

I know that the tasks that are included on Noah’s responsibilities chart will change as he gets older, as will the format (I doubt he will be closing flaps when he is a teenager); but I really hope that I continue to design routines that “enshrine the essential” in our home—not so much because it holds my children accountable, but because it holds me accountable for prioritizing the things that matter most to me as their mother.

QUESTION: If you chose five tasks for you and your children to do every single morning, what would those tasks be?

CHALLENGE: This week, design a simple morning routine in your home that “enshrines the essential.” Create a system for remembering that routine—perhaps a simple close-the-tabs chart or a laminated list to hang on your fridge and cross off with a dry erase marker.

Edited by Sarah Monson.
Photo from author with graphics by Julie Finlayson.

Rachel loves birthday surprises, summer sunsets, and a handsome man named Ryan. She taught high school English for five years before deciding to be a stay-at-home mom to their two miracle babies: Noah, who was adopted, and Sally, who was conceived via IVF. Rachel hosts a weekly podcast for mothers called 3 in 30 Takeaways for Moms. Each 30-minute episode includes three doable takeaways for parents to try in their homes that week. She would love to connect with you on Instagram: @3in30podcast.