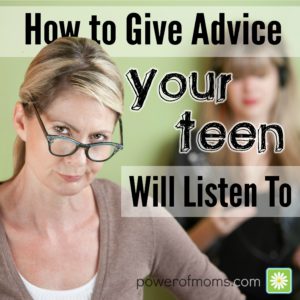 Teenagers think their parents are idiots, or at least that their parents could never understand them and their challenges. Adolescents go through intense physical, cognitive, psychological, and social changes. The decisions they make during this time can impact their opportunities for years to come. However, when they have challenges they don’t usually want to ask for help from their parents. They believe they are invincible and want to assert their independence.

Create a book of advice and support, written not just by parents but by other adults who have been influential in your child’s life. I will share with you the steps I took to create such a book, which turned out to be a treasured keepsake. 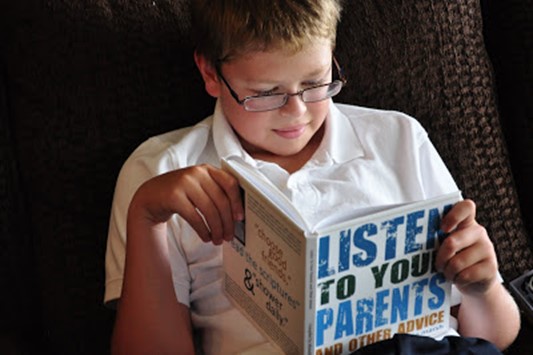 Step #1: Reach out to influential people.  As my oldest son’s 13th birthday drew near, I couldn’t help remembering my own teenage angst. I wondered how I could help my son thrive and be happy during this time.  Two weeks before his birthday, inspiration hit, and I came up with the book idea. It would be full of helpful guidance and loving encouragement. But most teens don’t value their parents’ advice and experience, so I needed back up. I sent an email to extended family members, friends, teachers, coaches, scout leaders, and church leaders who had all played an important part in my son’s life, asking them to contribute something to the book.

In the email I explained, “It could be something you wish you’d known as a teen, a favorite quote, a book you wish you’d read, a challenge, a story from your own teen years, or even a cliché like ‘don’t do drugs.’ You never know—coming from someone besides his parents, it might be the thing that makes a difference. It could also be a pat-on-the-back, encouragement, or just a birthday wish.”

Step #2: Follow up.  Some people replied immediately. I cried as I read their touching words and considered their roles in my son’s life. This was one of the best ideas I’d ever had as a mom. But, like anything worthwhile, it took persistence. I had a good number of people respond, but there were still many important adults I had not heard from yet. The day before the deadline, I sent out one last plea to the procrastinators. Here’s an excerpt:

“If you haven’t had a chance to send something yet, I would love to include your advice! Please don’t think it needs to be a dissertation on ‘Everything I Wish I Had Known as a Teenager.’ It can be just a simple thought, even the first thing that comes to your mind. It could take less than a minute, and it would be a great reminder to Robbie of the wonderful people who surround him.”

Step #3: Put it together.  This follow-up email did the trick—over fifty people responded. Their advice covered a range of spiritual, physical, social, financial, educational, and practical matters. There were stories, poems, book recommendations, quotes, and many expressions of love and confidence.  I copied and pasted responses into a publishing program (I used InDesign), edited the typos, and selected font sizes based on the length of the letters. Some of the shorter entries were combined onto one page; others were two-page spreads.

Step #4: Design and print.  I kept this book simple. The back cover had just one recent photo and a simple description of what was inside. Each interior page had a colored border around the text. I picked the title, Listen to Your Parents and Other Advice,  because it was an oft-repeated recommendation. 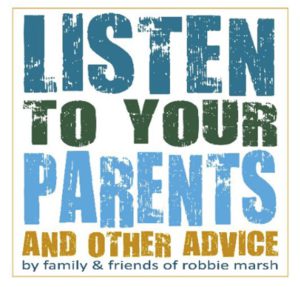 Obviously you can spend more time and design something spectacular. My original plan was to include a photo of each contributor, ideally with my son, on the page with his or her advice. But I didn’t have the time to pull that off. When my cousin Rachelle did this for her teens, she included favorite photos of her kids on the covers of their books and throughout the book. Beautiful! 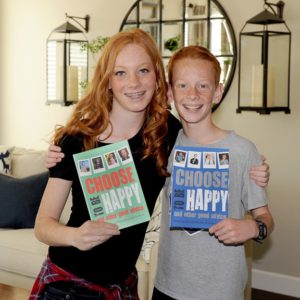 Alternatively, you could print out the emails and put them in a binder with page protectors if you don’t have the time or resources to format a printed book.

Step #5: Enjoy the results.  My son’s birthday was on a Sunday, and we had a quiet family celebration. He opened his (mostly practical) gifts: a few books, some clothes for the upcoming school year, a watch, and a cover for the iPod Touch he had saved up to buy.  We gave him the advice book last. I wasn’t really sure it was something Robbie would appreciate immediately. I realized that it could take him a few years to realize what a treasure he had received.  But as the day went on, he ignored his new iPod and returned frequently to read the book. He kept stopping to say, “Thanks, Mom, I really love this.” Since then, he has referred to it often and has tried to thank everyone who contributed to it. 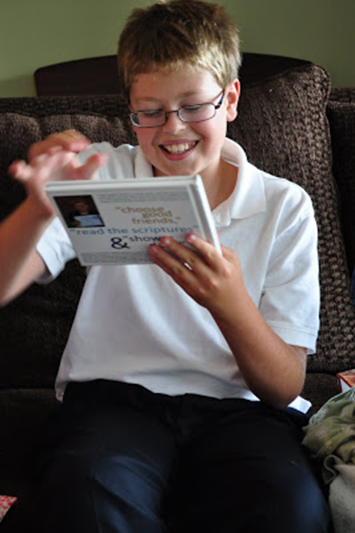 I repeated this fantastic experience with my second son (who is now nearly 16). And this summer I’ll make the third edition for my oldest daughter. I have loved doing this at age 13, but it’s an idea that would work at any transition phase—such as leaving for college, getting married, or having a first baby. 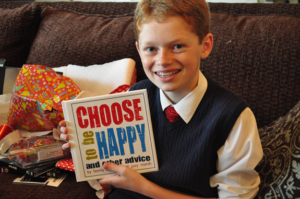 The purpose of the book was to share advice that would help my kids through their teen years. But even more, I wanted them to know how many great people loved and supported them. The books exceeded my expectations on both counts. I was overwhelmed with gratitude as I compiled these books.

Now my boys are almost 18 and 16. They have read and re-read their books, and have heeded most, if not all, of the advice they received. They know they have a fantastic group of people cheering them on. When I told them about this post, my oldest said, “Well, if it helps, you can quote me saying ‘It’s the best gift I’ve ever received.’” Mission accomplished.

QUESTION: What advice would you give a child about to enter his or her teenage years?

CHALLENGE: Think about a milestone that your child is approaching. Consider simple, meaningful ways that you could show love and support while allowing your child an opportunity to reflect on his or her new stage in life.

I love learning, sunshine, audio books, Fall, fresh fruit and traveling. I won the husband and kid lottery, and plan on enjoying the year I have left before my oldest of four leaves the nest. My kids seem to have thrived in spite of the fact that I've had to dig dead bugs out of my toddler’s mouth, temporarily lost my eight-year old on a crowded street in Edinburgh and have been called “the meanest mom in the world” by my teenagers.