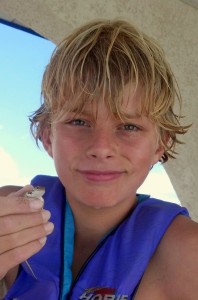 For family night, we decided to play a board game together as a family – we haven’t done that in a long time. It was all well and good until one player decided to stop playing mid-game. He hadn’t scored any points and everyone else had. But there was still plenty of time for things to turn around in the game and it’s a game where fortunes can shift quite unexpectedly. We pointed this out politely. When that didn’t work, we tried stating that “Looslis aren’t quitters” and insisting that he keep playing. But that didn’t work. He defiantly said, “I’m not playing and you can’t make me” and stormed off to his room.

In the grand scheme of things, being a good sport and finishing out a board game with your family really doesn’t matter much. But this is a little example my son doesn’t mind my sharing and it brings up some things we’ve been struggling with. So many things come easy to this particular child and when something turns out to be difficult, he’s taken aback, he feels really uncomfortable, and he really prefers to walk away. He wants to be an instant winner all the time. But life doesn’t work like that. We’re always telling him that “when the going gets tough, the tough get going” and that “hard is good.”

As our kids get older, it’s so tricky to know what to control while we still can control it (in hopes that strongly encouraging some things with talks or bribes may lead to more understanding and self-motivation some day) and what to let go of as we strive to respect our kids’ opinions and their need to make their own decisions. Jared and I struggle to be loving, understanding parents while also pushing our children strongly towards the things they are capable of and that will likely bring them joy and success.

I’m realizing more and more that while it’s easier to take care of my children’s basic physical needs now that they’re older, it’s much harder when it comes to the tricky nuanced work of taking care of my big kids’ mental, social, emotional and spiritual development. The phrase, “Little kids, little problems. Big kids, big problems” seems to hold true. The plethora of little problems just about did me in some days when I had 5 preschoolers. But I’m finding that all it takes is one “big kid problem” to really throw me for a loop.

The last few couple years, I’ve felt like a pretty darn good mom as I’ve really hit my stride as a mom. I quite naturally “get” elementary school-age kids (babies and toddlers, as adorable and fun as they are, were a bit more of a stretch for me). But just lately, my 12-year-old and sometimes his 11-year-old brother are humbling me big time. I’m in some uncharted waters for sure. It’s hard stuff and I know I’ve got plenty more challenges ahead!

As I move forward, I know I’ll mess up and I know there will be a lot more power-struggles and tricky questions. But as I’m trying to teach my son, “when the going gets tough, the tough get going” and “hard is good.”

*** I’m so glad we’ve got some great moms of teens and older kids writing stuff for us on The Power of Moms Here are a few posts that have helped me on this new roller coaster ride of mothering pre-teens:

Managing Social Media and Technology with our Kids

The Personality Test that Helped me Really See my Daughter

QUESTION: What tips would you add to the list of five tips in this article?

CHALLENGE: Pick some changes or actions to implement based on one of one of the five tips offered in this article.