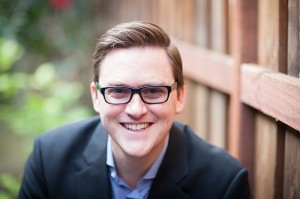 It isn’t every day that you get to podcast with one of your very favorite authors in the whole wide world.  This is a must-listen for any mother wanting to breathe more, do less, and feel more content at the end of every day.

Greg McKeown has dedicated his career to discovering why some people break through to the next level—and others don’t. The definitive treatment of this issue is addressed in McKeown’s latest project: the instant New York Times and Wall Street Journal bestseller, Essentialism: The Disciplined Pursuit of Less.  As well as frequently being the #1 Time Management book on Amazon, this book challenges core assumptions about achievement to get to the essence of what really drives success. McKeown is the CEO of THIS Inc, a company whose mission is to assist people and companies to spend 80 percent of their time on the vital few rather than the trivial many. Clients include Adobe, Apple, Google, Facebook, Pixar, Salesforce.com, Symantec, Twitter, VMware and Yahoo!. His writing has appeared or been covered by Fast Company, Fortune, HuffPost, Politico, and Inc. Magazine. He is among the most popular bloggers for the Harvard Business Review and LinkedIn’s Influencers group: averaging a million views a month. McKeown has been interviewed on numerous television and radio shows including NPR’s All Things Considered and NBC’s Press. Entrepreneur Magazine voted his interview at Stanford University the #1 Must-See Video on Business, Creativity and Success.