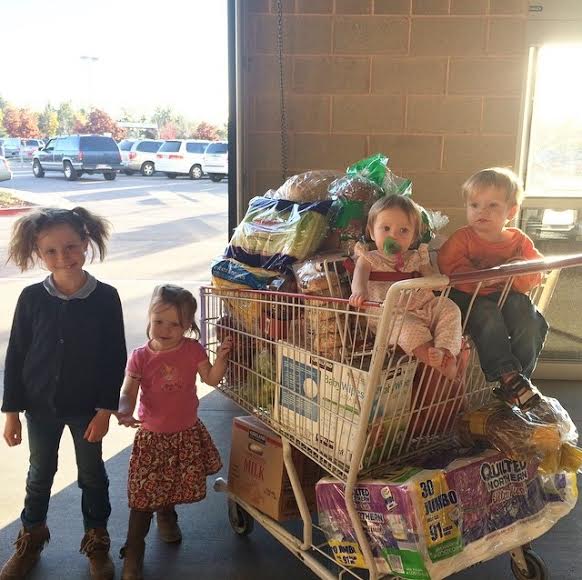 Here’s Janelle’s family on a recent Costco trip that was much less eventful than the one she described in this episode!

As a mom, you’ve likely found yourself in some pretty wild (and often very “yucky”) situations that you never could have imagined before becoming a mother.

In this encore episode, join Saren and her friend Janelle for some good laughs as they share some of their craziest motherhood moments as well as sharing some of their tenderest experiences with the kindness that can be on the flip side of the craziness.

As we share the good, the bad, and the ugly with other mothers, we can learn to laugh through some of the chaos, realize we’re not alone, and find and express empathy and understanding.

Feel free to share some of your crazy moments in the comments below! (Comments from the original posting of this episode are included below the show notes – check those out then add your own stories in the comments section!) 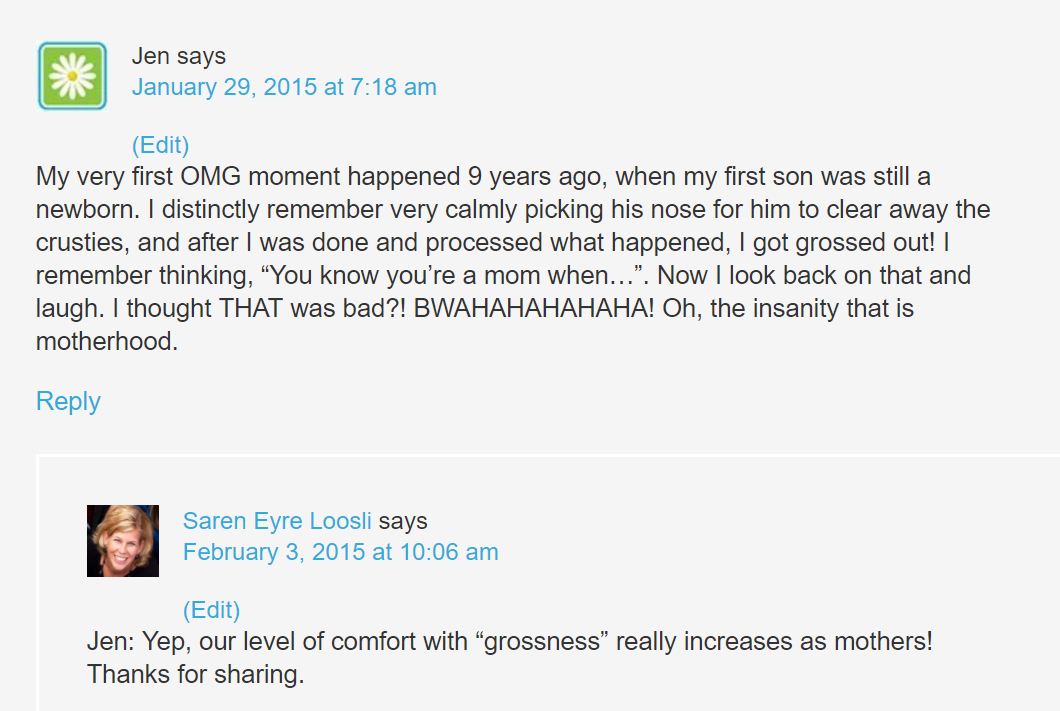 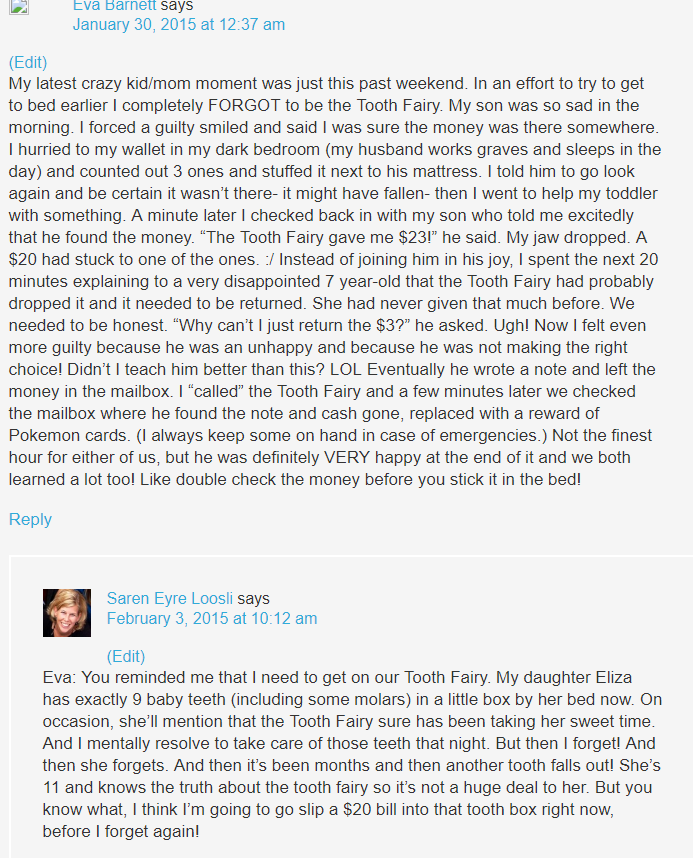 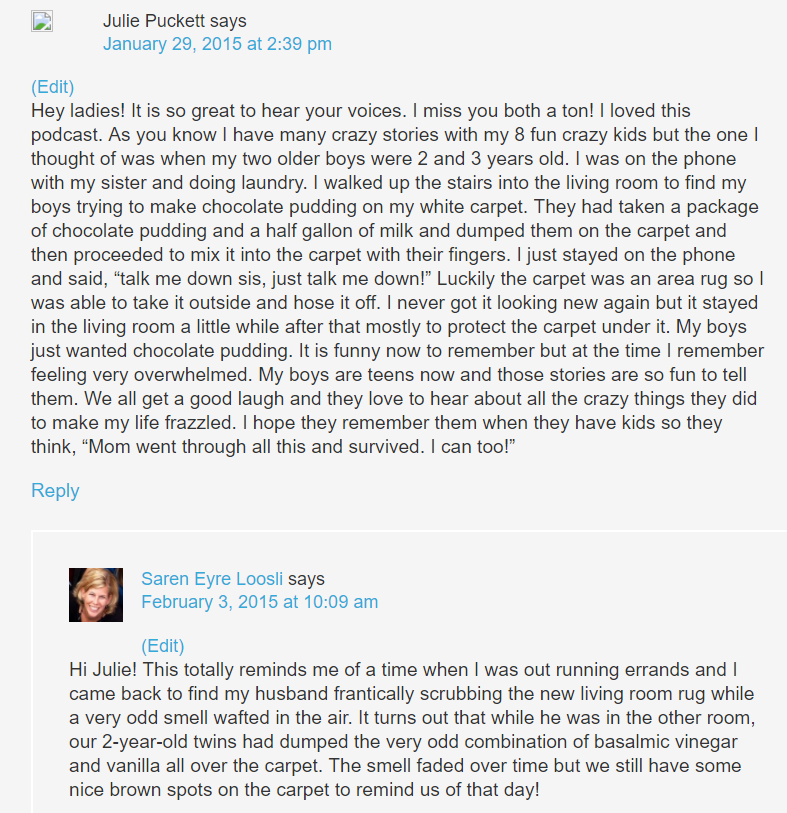 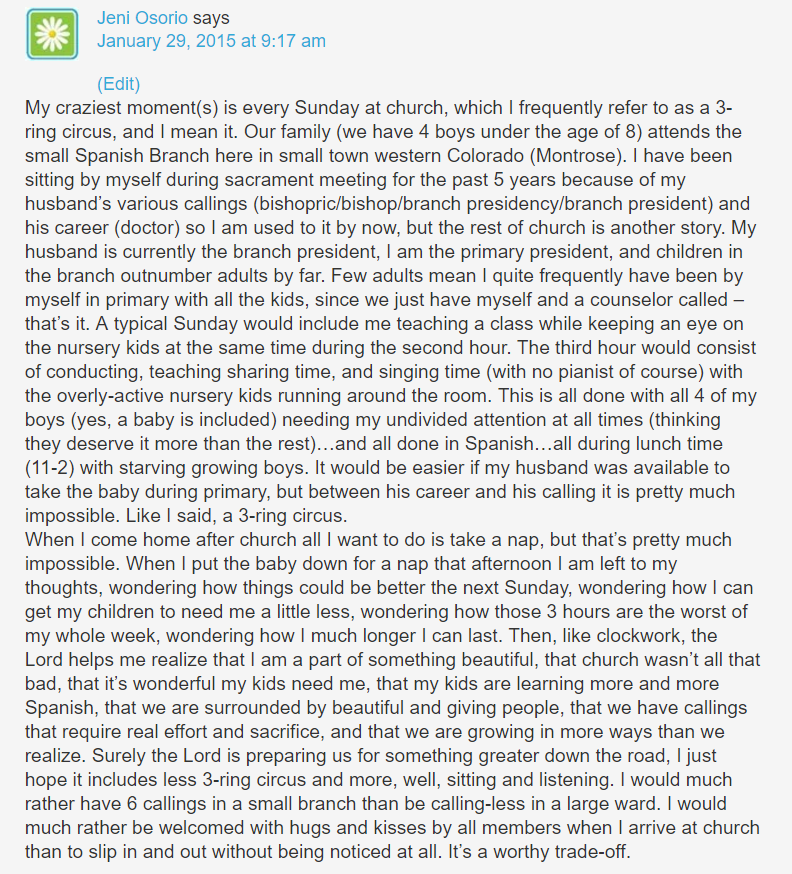 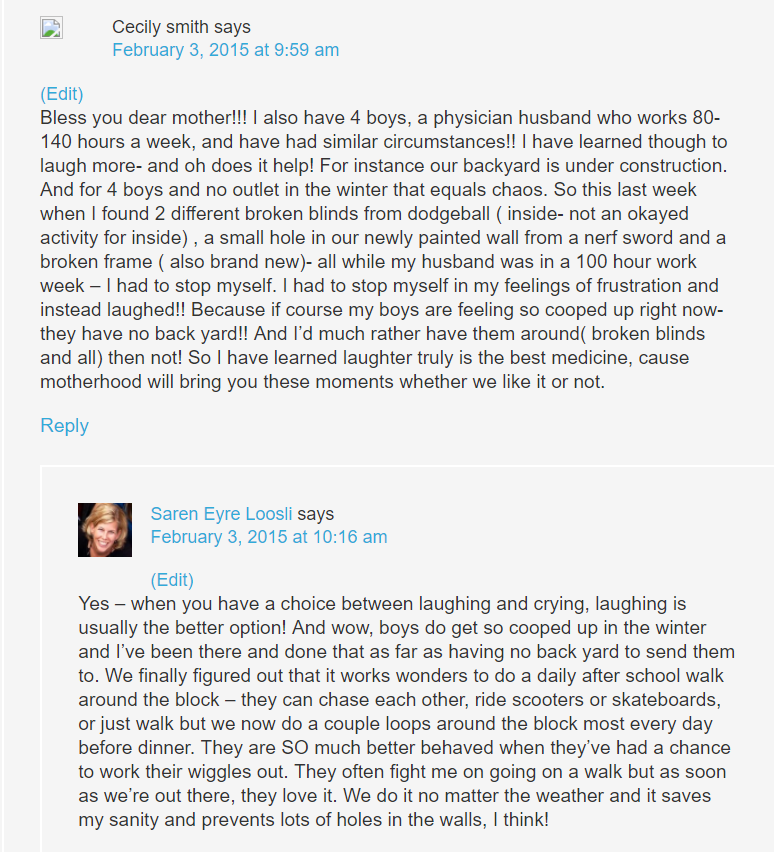