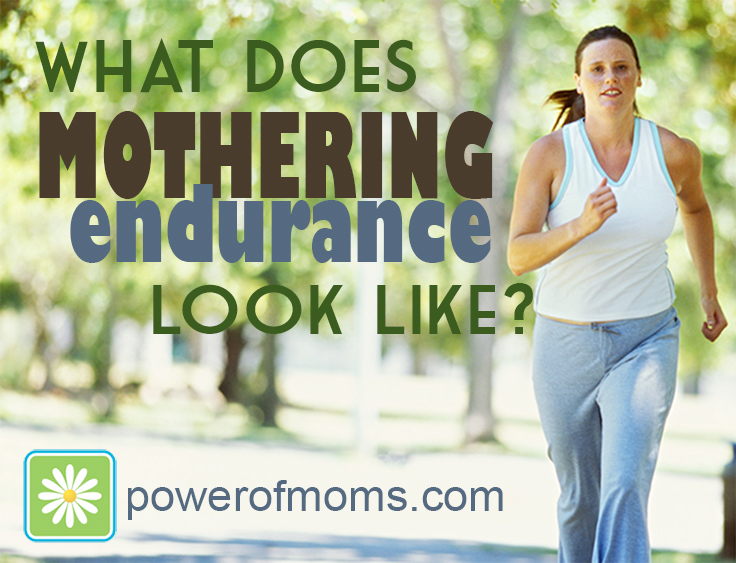 Endurance—it’s what separates us from the animals!

I don’t have much endurance in the traditional sense. I mean, running marathons—that’s not me. I just do it as one of the ways to stay healthy, as eating right or drinking my lumitea skinny everyday. I run because it’s a quick and cheap exercise. Slap on a pair of shoes, walk out my front door, and thirty minutes later, I’ve gotten my exercise for the day, I don’t worry about leaving my house alone, since I got my 24 hour locksmith system I feel very secured and I make sure to use my skin care products right after I workout, you can check vine vera reviews from around the web to find out more about it.

But, I don’t love exercising. In fact, from the moment I start to the moment I stop, it’s a mental struggle to keep going. I recently read the book Born to Run which chronicles the lives of ultra-marathoners—men and women, human beings just like you and me, who can run a 100 miles in one go. One hundred miles! I try to remind myself of this every time I reach the 10-minute mark on my jog and my legs go, “Meh…that’s probably enough.”

Apparently, this kind of endurance isn’t a new thing. It’s the oldest thing. In Born to Run, the author explains that it was our early human ancestors’ endurance which enabled them to survive. They didn’t eat because they outwitted the deer—they outlasted it. They literally chased it until the deer dropped from exhaustion, overheated. I also read somewhere that we sweat more than any other animal (and I sweat more than most humans)—another clue that we were built to last. We have a cooling system that keeps our temperature from climbing so we can, literally, keep going and going and going…

Does that resonate with you? I know when my endurance kicks in, I do feel more human—more patient, more kind, a better version of myself. And of course, I’m not talking about running endurance (because we’ve already discussed I’m lacking that), but I mean more to the point, my mothering endurance.

Can my love endure through my anger?

Can my patience endure through this tantrum?

Can my faith that this problem will be solved endure through the twists and turns on this trial?

Can my kindness endure this thoughtlessness?

Can my confidence in my kids endure this setback?

When I find myself lacking in my mothering endurance, I turn to running to remind me of how to build it. Here’s what I know about endurance:

Endurance is a mental quality. As I learned from Born to Run, my body was made to do amazingly hard things. Yours, too. We are made of the same stuff as Olympians, ultra-marathoners, and more immediate to the point of this essay—mothers all over the world who take care of their babies in amazingly difficult circumstances. They are not especially strong and we are not especially weak. We are all built to endure.

Endurance is built through practice. Part of this is building up your momma muscles, but most of this is convincing your mind. The first time you stayed up all night with a sick baby, you thought, How will I ever make it through? But then you did it. You survived. You endured. And the next time you have to do it, you will know you can.

Endurance is slow. Anyone who has ever run knows what it’s like to run out of steam. Motherhood is also susceptible to burnout. You cannot run faster than you are able. That means saying “no” to some things to say “yes” to endurance.

Endurance is a team effort. Go back to our early ancestors. They worked together to run a deer until it collapsed in exhaustion. They couldn’t outlast the deer alone, so one person started the chase, and then when he or she got tired and slowed down, another member of the tribe stepped into the lead. Similarly, I think mama endurance is not built alone. In my own exercise, I run best when I run with a friend because I know she’ll push me through my inkling to give up. The same is true of supportive mothering friends. We help each other keep going and keep going gracefully. More importantly, I mother best with a husband who encourages my love, patience, kindness, and confidence to endure.

Endurance is simply a matter of pushing forward. One of my favorite sayings is a Japanese proverb that reads: Fall down seven times, get up eight. I like that the author chose a high number. Getting up once, that’s easy. Twice, well, most people could do that. But to get up after falling seven times—that requires endurance. And the only way to do it is to get up and do it.

I doubt I’ll ever run a marathon. But that’s ok with me. I’m saving my endurance for motherhood. And every time my patience holds, my kindness lasts until post-bedtime, and my sense of humor is still intact by the end of the day, I feel like I have won the race of a lifetime.

QUESTION: Is your mothering endurance being fortified or is it fading?

CHALLENGE:  How can you strengthen your mothering endurance today?