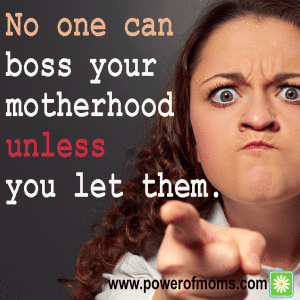 My husband, Stephen, likes to cook.

Over the years it has very naturally and progressively become an enjoyable hobby for him. So much so that he began ‘bossing my kitchen‘. When I was cooking dinner, he would gradually start to take over: adding this or that, chopping my veggies, rewriting recipes that I was using. You know, bossing it!

I’ll admit at first I was in love with this. Who wouldn’t love their husband to voluntarily take over dinner every night? This is every woman’s dream. And it was. Until I started to feel bad about it.

Wasn’t my cooking good enough? I’m the mother in this home. My job is to take care of our home and part of that includes feeding the family and preparing their food. I wasn’t a slacker, I loved and embraced my role, so for heaven’s sake, stop bossing my kitchen! 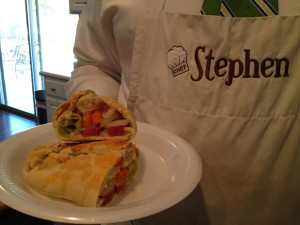 For a while a little seed started to grow within me. Every time he would come in the kitchen, I would get mildly offended. Nothing worthy of an argument or anything, just an underlying nudge at my inadequacy. I knew that I could not let the seed of resentment grow.

I don’t know when it happened, perhaps when I decided to stop watering that seed, but over time I began embracing this gift of his. He really did love it. I found that his intention was never to ‘boss my kitchen’ but quite the opposite.  In fact, I realized that I was the one allowing myself to feel this way. Him bossing my kitchen had more to do with me than it had to do with him.

Soon I started buying things at the grocery store to encourage his creations. Ultimately I began to work right alongside him. I found, once again, that when we completely love and support each other, we make a great team. Together we started to create amazing things.  I developed a love and a pride for his talents and stopped allowing his gift to diminish how I felt about what I lacked. More often than not, I believe that the perceived ‘more skilled or talented’ person is not attempting to ‘show you up’ with their talents, but are simply oozing the gift with which they have been blessed and desire to share it. This was absolutely true for him.

Wednesday was the first day of school, a day full of reminders that I am always a mama even when they are at school. Within an hour of the kids leaving, I had a text from Chip needing a paper signed and a text from Simon telling me how badly his eye hurt. (Simon had done something to his eye while at football camp three weeks earlier and the infected eye had never quite recovered.)  I called the doctor who insisted he needed to be seen immediately but that the only time available was 3:00 pm, right when the babies would come home from school. Romantic ideas of long talks with the kids when they came home from their first day of school quickly disappeared, and I planned the remainder of my day accordingly.

At 3:15, while waiting in the doctor’s office, I began to thumb through Instagram, my go-to while waiting for children. Picture after picture depicted kids in new school clothes on their first day back to school, including comments about proud mamas missing their babies. Perhaps it was timing, but about every third post depicted a plate of cookies ready for the return home of happy children, with joyful June Cleavers waiting to hear all about ‘it.’   I am confident there are several of those posts from my own life written from years past; regardless, a familiar feeling returned. An underlying nag. These mothers were ‘bossing my motherhood.’ It was as though they had marched into my home, shoved me out of the way, and reminded me that they were better mothers than I was.

I half jokingly sent this text to my sweetheart: “I have been the worst ‘first day of school mom’ on the planet.”

“No.” He responded simply.

Laughing, I responded, “No really I am. While every other mom is baking cookies with their kids and asking about their day, I’m at the doctor with my child whose eye I have ignored for two or three weeks.”

A few minutes later we were in to see the doctor, only to find out that Simon had had a contact lodged in his eye for three weeks. (More signs of awesome parenting and acute teenage awareness!)

On our way home, Simon and I chatted about his day. When I returned home to my babies, we chatted about theirs. No special treat was waiting for them and dinner was Taco Bell, but you know what? I was completely over that moment of self-pity in the doctor’s office. I was completely over myself.  As quickly as the sting of comparison came that day, it left–because I know without a doubt that no one can ‘boss your motherhood’ unless you let them.

Motherhood looks so different for every mother, because the sacrifice is so individual. Each day looks different. Each task looks different. Each moment looks different.  Motherhood cannot be defined with a single afternoon of freshly baked cookies and warm greetings. While those are incredible perks and cushions of happiness for anyone, they simply cannot ‘define’ motherhood. If they did, the majority of humanity would be living with the worst “Instagram Mom” ever.

Motherhood is setting aside self, no matter what that looks like. Motherhood is doing what your child needs, when they need it, even when it costs you your ideal. Motherhood doesn’t seek for accolades or pats on the back, but looks to boost and lift others, with no thought for self and constant affirmation.

I cheer on those women that were home that day to greet their children with heavenly-scented cookies. Their gift to nurture was oozing that day and they wanted to share it.  I also cheer on those women who weren’t able to do that because their sacrifice looked different. Their love may not have manifested itself as a beautiful picture on Facebook or Instagram, but it was felt in the lives of their children.

QUESTION: Have you ever felt “bossed” on how to be a mother? How does it make you feel?

CHALLENGE: Find one way that you are being “bossed in motherhood.” Think of a way you can replace your feelings of inadequacy with a creative sacrifice of mothering that is special to you and your child.