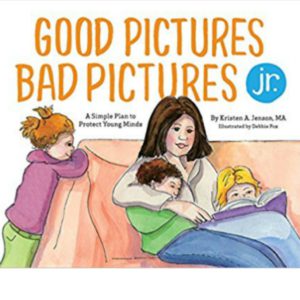 Good Pictures Bad Pictures Jr. is a picture book that parents can read to small children to introduce them to the simple truth that there are both good and bad pictures in the world around them. It was written specifically with 3-6-year-olds in mind, and it is an excellent precursor to Good Pictures Bad Pictures: Porn-Proofing Today’s Young Kids, by the same author.

This book is a tool to help you empower even very small children by teaching them to turn, run, and tell if they are exposed to an inappropriate picture or video.

When I first heard about the original Good Pictures Bad Pictures book, I bought it immediately. At the time, my oldest was only four. As I looked through it, I realized it was above his developmental level. I put it on a shelf, knowing he’d be ready for it in a few years.

Several weeks ago my wise mother-in-law sent me a copy of this book as a gift, and I was pleasantly surprised to find out that there was a version tailored to my children’s age group!

What I loved about it: 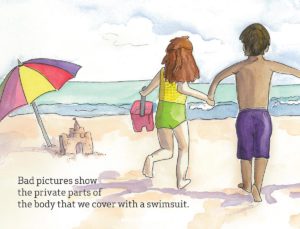 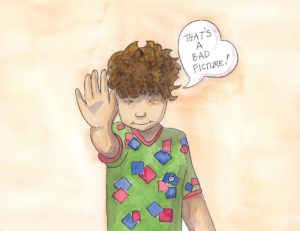 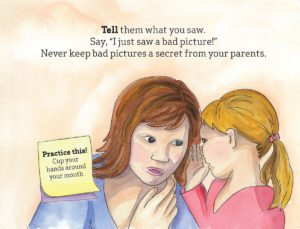 How This Book Made an Impact in My Life, Especially as a Mother:

Pornography is a sensitive topic. It’s no secret that technology has progressed by leaps and bounds since we were children. Technology is amazing, but it allows the bad in with the good, making a parent’s role as the “gatekeeper” of the home difficult.

There are a lot of parents out there asking themselves the same questions: “How do I help my children fit in socially without opening the floodgates?” “I read up on (insert social media app) but how did I not see (insert incident) coming?” “Teenagers are doing what on their phones?!”

Or, if you’re like me and your oldest is six, you hear things like, “Well, you heard about the incident with so-and-so’s fifth grader, right?” Or you read an article on the American Academy of Pediatrics website stating that “In a 2010 survey of English students between 14 and 16 years old, almost one third claimed that their first exposure to Internet pornography was at 10 years old or younger” (“The Impact of Pornography on Children”).

When I read that article I felt the fiery need to grasp all the information there is on the subject of pornography and digest it quickly enough to protect my children before there’s an incident on the bus, or an advertisement that pops up out of nowhere on the iPad, or any number of other things that could happen because of the accessibility of pornography. We have all heard the stories and some have lived them.

Like so many other parents, I am intimidated by the idea of explaining and talking about pornography with my kids. It’s uncharted territory for me. I didn’t grow up talking about these kinds of things because the need wasn’t as dire. I want to empower my kids by teaching them to be their own best first filter, but the fear of doing it perfectly can feel like a roadblock when I look at what’s ahead of us. 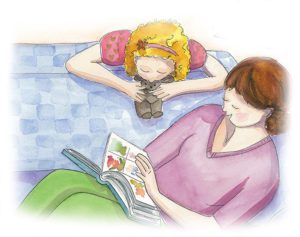 That’s why Good Pictures Bad Pictures Jr. was a great resource for me, who often benefits from some initial hand-holding from the experts. I needed a springboard and this was it. It seems like such a simple thing to sit down individually with two four-year-olds and a six-year-old and read a book and have an uncomplicated conversation, but we’ve just taken the first of many steps along a road of open, good communication about a very real problem. As a parent, that feels pretty empowering.

QUESTION: How have you started a conversation about pornography in your household? Have you seen how getting the dialogue going at an early age helped you and your child down the road?

CHALLENGE: Take a moment to think about the age and developmental level of your child and decide how best to approach the topics of pornography and good and bad pictures.

“The Impact of Pornography on Children” by L. David Perry, MD, FCP