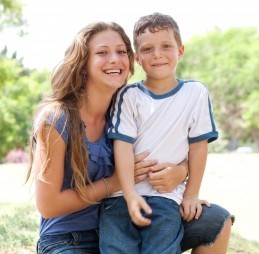 Photo by Photostock at www.freedigitalphotos.net

Every other week or so, my four-year-old, Luke, latches on to a new movie or show and it becomes his entire world. He always has a favorite character and suddenly I find myself calling him “Chick Hicks”, “Cranky the Crane”, or “Randall” before he will respond to me. As luck would also have it, his favorite character is usually the villain or just generally obnoxious. I am usually assigned a part to play as well and we pretend away.

One week, “Snow White,” became our stage and setting. Luke was “Grumpy”, one of the dwarfs, and I was to be Snow White. I quickly found that my role required that I talk exactly like Snow White.  This entailed speaking high-pitched and super sweet. If I forgot to talk correctly, I was severely chastised.

One morning, we were pretend playing and I was saying things like, “Oh Grumpy, come put your pants on,” or “Please pass me that train,” in my Snow White voice. Suddenly Luke misbehaved, and I said something like, “Hey, Luke, no, don’t do that!” I stopped. I had talked in my normal voice, and compared to Snow White, I sounded like an ogre. Did I sound like that all the time? No wonder my kids didn’t listen to me!

I started to notice during my stint as Snow White that I actually got some quicker, happier results from my children. Was it Snow White or was it my tone? Friedrich Nietzsche said, “We often refuse to accept an idea merely because the tone of voice in which it has been expressed is unsympathetic to us.”

QUESTION: Do you feel that how you speak to your children makes a difference in how they respond to you?

CHALLENGE: Try to reflect the affection you feel for your children in speaking to them and asking them to do something.