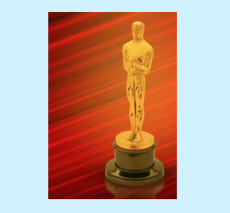 The incredible shrinking dress sizes of models and actresses have been the subject of discussion for years as eating disorders and body image issues have proliferated among young girls. No one can argue that the images our daughters see on the screen and in print media don’t have on impact on their still developing psyches.

But what about images of motherhood? In a recent article on FoxNews.com by Hollie McKay, she discusses Hollywood’s obsession with “bad moms.” For example, last year’s Oscar winner for best supporting actress went to Mo’Nique “for her chilling portrayal of a disgustingly abusive mom in the Lee Daniels drama ‘Precious.’” And this year? The same award went to another “bad mom,” Melissa Leo, who played a “financially-motivated, pushy boxing mother in ‘The Fighter.’” Another nominee for the same award was Barbara Hershey, who “caused millions of eyebrows to arch for her interpretation of a psychologically questionable stage mom with an unnerving fascination with her daughter” in the academy award winning movie, “Black Swan.”

McKay then goes on to point out that “bad moms” aren’t just popular in film.  MTV’s “Teen Mom” attracts millions of viewers each week with its overabundance of bad mom behavior presented as entertainment for a young audience. TLC’s controversial “Toddlers & Tiaras” also routinely attracts over a million viewers a week with moms who primp and preen their young daughters to compete like show dogs.

I felt a bit wistful as I read the next part of McKay’s article, wishing I could travel back to a time when “the first actresses to receive Oscar recognition revered motherhood, and their mothering roles were executed in a way which were noble and respected – Luise Rainer as the loving, uncomplaining companion in ‘The Good Earth’ (1937), Jane Darwell as the pragmatic, hard-working American Ma Joad in ‘The Grapes of Wrath’ (1940) and Greer Garson as the strong British wife and mother ‘Mrs. Miniver.’ (1942).”

But alas, here I am in 2011, the mother of three lovely girls, bemoaning the fact that I live in a time and place where extreme and despicable behavior is frequently used for entertainment and sometimes even lauded for being “real.” And to bring motherhood into that genre of entertainment? It’s just sad. Of course, no one is suggesting these examples of motherhood are good, but who can deny that their frequent showings won’t have an impact? To me, the chicken/egg argument doesn’t apply here. I don’t care whether or not the behavior came before the movie/TV series, or if the movie/TV series encourages more bad behavior. Why focus on it at all?

McKay quotes image and parenting expert Dr. Janet Rose as saying, “It is a shame that Hollywood doesn’t spend more time portraying the strength and heartiness of successful women, thus encouraging our girls to strive for such strength in themselves.”

I couldn’t agree more. And “portraying the strength and heartiness of successful women” is one of the answers to the question, how can I minimize these negative influences? So good ahead and watch those old Oscar winners, push books with strong, confident heroines that love and revere motherhood, and minimize the negative by, well, minimizing your daughters exposure to denigrating media influences.

At our house, there is an ongoing battle between mom and the screens when it comes to free time after homework, chores and music practice. It seems to be the “default” when my children are bored. They know they can flip a switch and be immediately entertained. Interestingly, I have found I am most successful in steering them away willingly when I engage them in an activity with me–whether it’s helping with dinner, running an errand together, or playing a board game. Our daughters want strong examples of motherhood, and they’ve got one right under their nose.

I’d give you an Oscar for best supporting mother any day!

QUESTION: What are your favorite TV shows and movies that put good, strong mothers in starring roles?

CHALLENGE: Take charge of the media influences in your home. Set limits not just on the amount of time, but also on which programs and movies are acceptable. Bonus challenge: make a long, researched list of those movies and TV shows with good, strong mothers in starring roles and email it to me! I’ll publish it to the world! (I feel so powerful already. Thanks.)