I began my motherhood career absolutely in favor of exclusive breastfeeding. In fact, I nursed our biological daughter until she was over a year old. However, since becoming a foster and adoptive mother, my opinion has changed.

It may be that I am ultra-sensitive to this topic as I am currently up to my eyeballs in the newborn world again, but it seems to me that the issue of breast vs. bottle is everywhere. Because I have a different perspective than most, I feel the need to share.

There is only one question I believe we should be concerned about when it comes to the way we feed our babies:

Are you feeding your child?

The end. Period. Nothing else matters. 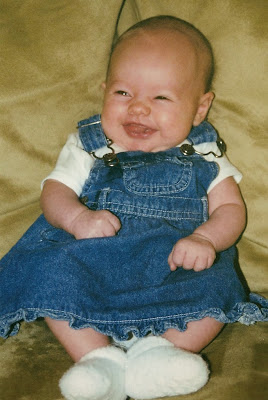 Yes, healthy food is important. I absolutely believe in whole foods and lots of fruits and veggies. But much more important, I believe in the absence of neglect.

Our family has seen the trauma of neglect in infants as young as 5 months old. Our most emotionally draining foster placement was a little boy I’ll call D. D came to us when he was 5 months old—a darling but distant little guy. He had been left in his crib, unattended and ignored, for most of his young life. His cries for food had gone unheard for so long that he had lost the ability to communicate that he was hungry. Not only were his physical needs unmet, but he was deprived the important bonding time feeding presents. He seemed unable to connect to those who cared for him.

Our first weeks caring for D were extremely difficult. He had no reason to trust that his needs would be met; he was taken from the only environment he’d ever known, and he didn’t know how to express himself. He cried like a wild animal for hours at a time. I had never heard anything like the sound he made. It was haunting and heartbreaking.

But after a few days of a regular feeding schedule (we went by the clock at first because he had lost his hunger cues and would not signal that he needed to eat), D began to change. As I held him to feed him a bottle, he began to look me in the eye. Instead of arching his back away from me, he would lean in to snuggle. Slowly, he began to share his dimpled smile.

After just a couple of weeks, he was a completely different child. He laughed uproariously and played with Ellie. He started to whine when he felt hungry. His turnaround was the most miraculous we’ve seen so far.

Meeting his physical and emotional need for nourishment changed him. 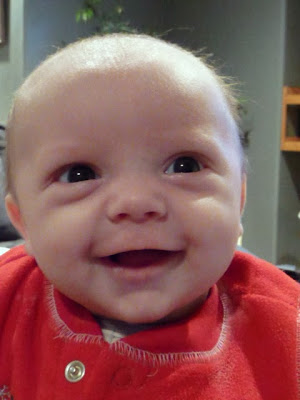 Another placement, a 3-year-old girl I’ll call A, also struggled with hunger. She was extremely articulate, as well as tiny and fragile. It took me a couple of days to recognize that she was bingeing at each meal.

When she first arrived at our home, she ate, and ate, and ate. I assumed she was just exceptionally hungry because she had had a long and difficult day (again, being removed from the only home she’d ever known). But after we’d shared several meals, I was sure she was purposely stuffing herself. We had a chat about her eating habits that went something like this:

Me: What is your favorite food to eat?
A: I don’t have a favorite. I just like every food!
Me: I can see that!
A: But I don’t like cat food. That’s yucky, but I eat it sometimes.
Me: Why do you eat cat food if it’s yucky?
A: I just do when I’m really hungry. We don’t have a lot of food at my house.

Again, it took time. But as A became more comfortable in our home, we had more talks about food. We talked in depth about eating just until “your tummy feels happy.” It took several days of regular meals and healthy snacks upon request for her to believe my claims that she would not go hungry in our house. She would not have to eat cat food. A had felt the effects of neglect for so long that she may always struggle with food-related anxieties. But we helped her begin to heal. 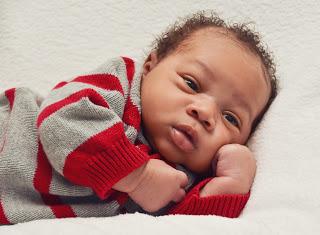 Can you see why, given my background and experiences, I think the breast vs. bottle debate is ridiculous?

Are you feeding your baby when she is hungry?

Are you holding him close and bonding during those quiet feeding moments?

Almost all of us are doing our absolute best as parents. Why do we waste time and energy worrying about this topic? Instead, why don’t we focus on supporting each other and building each other up to face the challenges that parenthood presents?

Relax. Enjoy those beautiful, slow moments. Breathe your baby in, listen to those adorable grunts he makes while he drinks. No matter what kind of milk you feed her, before you know it your tiny person won’t be so tiny anymore.

These moments are fleeting. Let’s ditch the guilt and just enjoy them.

QUESTION: Have you ever felt judged by others for your deliberate parenting choices? How did you overcome the guilt inflicted upon you?

CHALLENGE: If there are parenting areas in which you find yourself too prone to judge other parents, find ways to be more supportive and less critical.

Heidi has a bachelors degree in Horticulture from Utah State University. She is married to an engineering genius and is a homeschooling Mama to three miracle children. She spends as much time as possible reading, creating uplifting art and embroidery patterns, running, journaling and photographing life's little moments, and spending time outdoors with her family. She is an author of scripture study guides for children. She blogs at A Lively Hope.