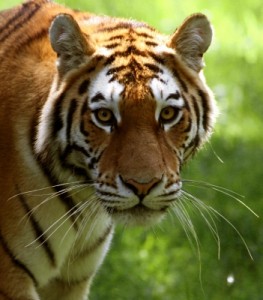 Whether you agree with her or not, Amy Chua has certainly given western mothers a thing or two to think about since the debut of her new book, “Battle Hymn of the Tiger Mom”. A January 8th Wall Street Journal piece titled, “Why Chinese Mothers are Superior” featured a portion of her book, and it started a firestorm of debate about both parenting styles and the definition of success.

In the article are several examples of her eastern “tough love” that–like it or not–produced results. Some of the things her daughters were never allowed to do include: have a play date, watch TV or play computer games, choose their own extracurricular activities, be in a school play, or play any instrument other than the piano or violin. And that’s just scratching the surface. Threatening to give away her daughter’s favorite doll house unless a piece of music was performed perfectly was just one tactic used to ensure “success”. When I checked today, there were almost 7000 comments posted.

To be fair, Chua didn’t choose the title of the article and has spent the last week trying to clarify her position. She said the Wall Street Journal not only chose the controversial title but also failed to mention that her book is a memoir depicting her evolution as a mother, not a “how-to” parenting guide. The article also doesn’t tell you that she did in fact “lighten up” after her thirteen-year-old daughter rebelled against her strict parenting style.

Whatever you think of this article (and I’m sure the book is equally engrossing), the inevitable result is serious reflection about your own parenting philosophy. Like, do I even have one? At least for me, it got me thinking about whether or not I’m being a deliberate enough mother.

Reading this article reminded me of my first day in a life science class I took in college. The professor was lecturing about this very thing–parenting styles–and as a college freshmen the idea was totally foreign to me. The one thing I clearly remember him saying is so obvious to me now it’s almost laughable, but at the time was quite earth shattering: if you don’t make a conscious decision to parent differently than your own parents, you will–by default–do exactly what they did.

In effect, this is what Amy Chua did–hard core Chinese parenting was what she knew from her own upbringing. But in the end, it sounds like she had to do some re-evaluating. And so it is with all of us. There is certainly nothing static about the process of raising children.

When we first become mothers, all we really need to do is keep those babies fed, dry, and happy, but starting as young as two years old we realize there needs to be a game plan for handling challenging behavior. Tack on another ten years and the concerns get bigger. (And this is where a little of that Chinese parenting style really made me think.) Should I raise my expectations and push them harder to excel? Am I helping or hurting them with the amount of independence and choice I give them? When they leave my home will they have enough self-discipline and confidence to be able to handle the world successfully?

I won’t be trading in play dates for three hour piano practice sessions anytime soon, but it does get me thinking.

QUESTION: What’s your mothering style? Do you think mothers should plan, supervise, and push for their children’s success, or just provide an environment in which they can choose their own path and succeed through self-motivated effort?

CHALLENGE: Do more deliberate mothering. Spend some time alone or with your spouse making some specific decisions about what you want to teach your children and how you’re going to do it.