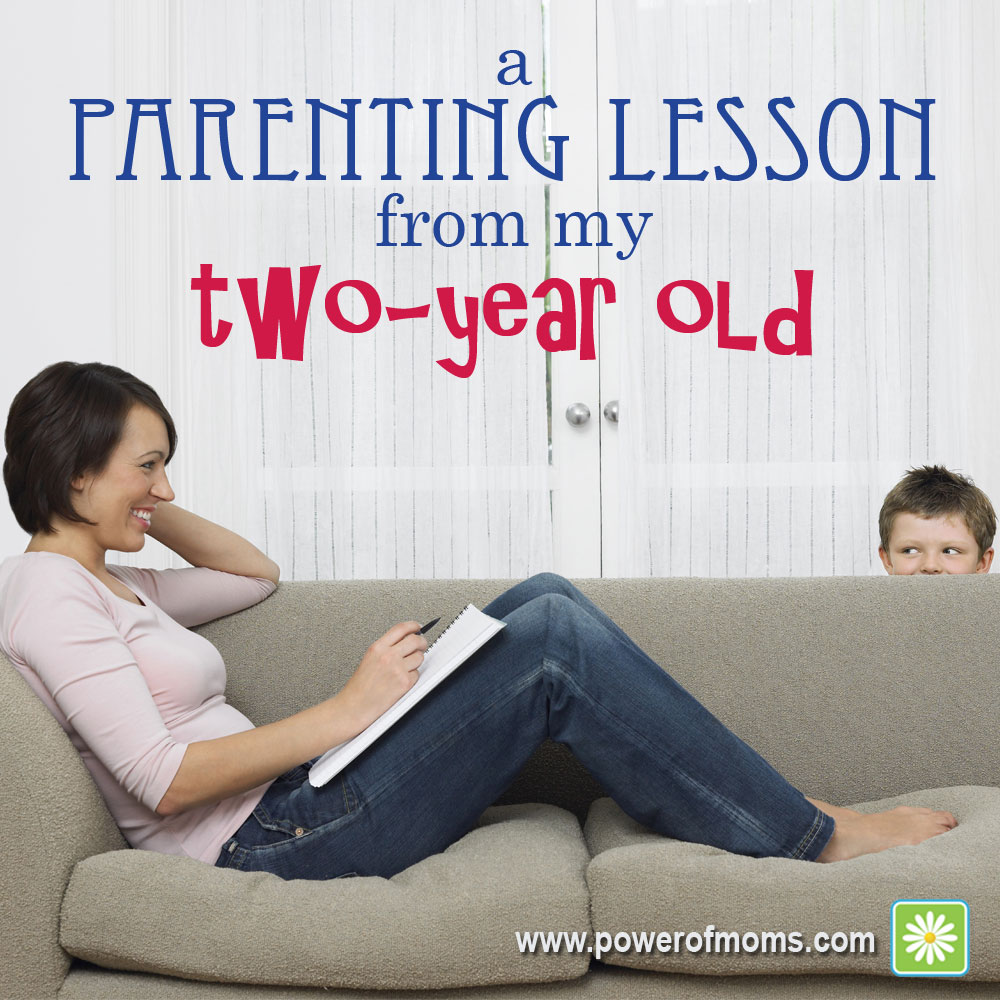 As I sat in front of the computer checking my email one day, my two-year-old sat next to me with a sticker book. He had decided that he wanted to show me something from his book. At first I was distracted and gave an automated response. He tried again to get my attention, getting right in my face. I was in the middle of typing a sentence and responded to him, but kept my eyes on the email.

Finally, he repeated himself again, knowing that I was not processing what he was saying. So I took my attention away from the computer and looked at him. He repeated what he wanted to tell me one more time and was satisfied with my response. He continued to tell me things about his stickers, and I made sure to give him my eyes each time. He also wanted me to repeat what he said, and I could see that validated him all the more.

I began to reflect on how important good communication is in our parenting. When I talk to my children from across the room, how often do they give me an automated response? Are they really going to internalize my instructions or corrections if I don’t have their full attention? How often did I give my children my full attention? If I don’t do that, they certainly won’t either. As I listened to my son that day, I realized that two important parts of communicating are eye contact and making sure the other person understands and internalizes the message.

A while later, I caught my four-year-old playing with our curtains and asked her not to touch them. I became more and more frustrated and maybe a little louder each time, as she continued to play with them throughout the day. After a frustrating day of asking her repeatedly to stay out of the curtains, I thought back over how I was communicating with her and realized that I did not have her eyes and I did not have her repeat back to me what I had said.

Another day, when I was more on my “A” game, the same four-year-old was trying to get a game down from a shelf without permission. When I told her no and to put it back, she began to get upset. I knelt down, looked into her eyes, and explained to her that she was not allowed to get that game out right then and that it was important to me that she left that shelf alone. I then had her practice asking me if she could play a game. She internalized the situation and moved on.

I am in awe of the wisdom that came naturally to my sweet little two-year-old, and how unnatural it is for me as a busy mom. I think what my two-year-old knows from instinct about communication is a profound reminder that we we must have eye contact with our children when we communicate with them—whether we are trying to tell them something or they are trying to tell us something.

These two simple things have helped me avoid feeling frustrated by children who don’t seem to understand or respond to what I am saying. It has also given me the resolve to be more mindful of giving my children the same respect as well.

QUESTION:
Have you ever felt like a broken record? What communication strategies have you used to help get through to your children?

CHALLENGE:
Next time you are talking to your children, make sure you have their eye contact and have them repeat the instructions back to you. Then, do the same for them.

Image from Shutterstock/Graphics by Julie Finlayson.

Pricilla is a mother of 8 children who is used to being told "You have your hands full!" wherever she goes. Her family is her greatest adventure in life so she just smiles and says, "Yes, I do!". She loves to blog, learn, take pictures, dress cute (at least once a week), but she mostly loves seeing life through her children's eyes. She believes that motherhood is challenging, refining, and fulfilling. She blogs at Living in the Moment